Barcelona Institute of Economics to calculate the tax gap in Catalonia 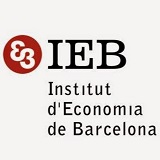 The Barcelona Institute of Economics (IEB) has been appointed by the Catalan Ministry of Economy to calculate the tax gap in Catalonia. The tax gap is the shortfall between the total amount of taxes expected and the sums actually received by a government. It allows countries to estimate the existing fiscal fraud and to quantify the performance of their tax administration. Not only will the Iinstitute assess the tax gap but they will also identity the reasons why it exists.

This project, which is worth 45,000 euros will be led byIEB researcher Alejandro Esteller. IEB Secretary-Manager José María Durán-Cabré, as well Mariona Mas and Luca Salvadori, two researchers from the aforementioned institution, will also support him. Furthermore, the multinational consulting firm Everis will also be involved as a subcontracted company.

Over the last few years, the IEB has believed in the use of the tax-gap to measure the performance of tax administrations. In fact, this idea was strongly defended by José María Durán-Cabré and Alejandro Esteller as they presented their book De nuestros impuestos y su administración in July 2015 at Barcelona Economic Circle.