New research estimates losses from premature lung cancer deaths in Spain at €13.1 billion over a decade 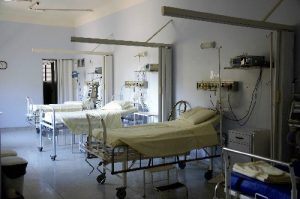 With a survival rate of only 10.7%, lung cancer is the main cancer-related cause of death and one of the main causes of productivity loss in Spain. According to a recent study by the UB School of Economics researcher Josep Darbà and the scientific advisor at BCN Health Alicia Marsà, premature deaths due to lung cancer in Spain are responsible for 60,846 years of potential productive life lost and productivity losses amount to €13.1 billion over the 10-year period between 2008 and 2017. In the light of these results, the authors argue that the allocation of more resources to the prevention and treatment of lung cancer in working age individuals may result in substantial reductions in productivity losses.

The article “The cost of lost productivity due to premature lung cancer-related mortality: results from Spain over a 10-year period” has been published in the scientific journal BMC Cancer. The objective of this study was to evaluate the losses in terms of productivity that occur due to premature deaths due to lung cancer in Spain. The human capital approach was used to calculate this figure. This method considers the income and contribution to the nation productivity of an individual that are prevented when a premature death occurs, using data on mortality, reference salaries and unemployment rates.

In total, 212,632 people died of lung cancer in Spain between 2008 and 2017, 69,225 during working age. Deaths due to lung cancer represented 28.90% of all cancer-related deaths in 2017 in males and 10.83% in females, with an increasing tendency in this last case, according to the results of the study. The year 2008 displayed the highest number of years of potential productive life lost for males, 49,654, while the highest number in females was observed the last year of the study period, 23,035 measured in 2016. Premature mortality in the age period between 50 and 59 years accounted for the highest values of years of potential productive life lost. The amount of losses derived from males was significantly higher than that derived from women, yet in both cases losses showed a decreasing tendency over the study period.

In the calculation of losses, the significantly different wages for males and females in Spain play an important role and distort any interpretation of mortality trends. Lung cancer is the fourth most prevalent cancer among males in Spain, the ninth in women, and the leading cancer-related cause of death in males. In Spain, the 5-year survival rate is only 10.7%. Lung cancer mortality peaks in individuals aged 75 to 79 years in developed countries; however, worldwide, the highest rates are observed in males between 60 and 75 years of age.