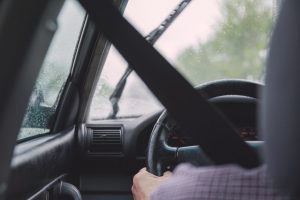 Spain has recorded an increase on its number of elderly drivers due to an increase in this population cohort and, as in other countries, it will become more significant over the coming years. According to a recent study co-authored by UB School of Economics researchers Mercedes Ayuso and Miguel Santolino, based on data from 2016 provided by the Dirección General de Tráfico de España (Spanish Traffic Authority), the accident severity and the expected costs of accidents increase when the driver is over the age of 75.

The article “Does longevity impact the severity of traffic accidents? A comparative study of young-older and old-older drivers” has been published in the Journal of Safety Research, 73, 37-46, 2020. The objective of this study was to quantify the probability that the accident is mild, severe or very serious depending on the severity of the injured victims. The results evidenced the link between the most serious accidents and elderly drivers, 75 years or older. “This should not be interpreted as that our elderly drivers drive worse; they are more fragile and less able to react because of their age. Compensation and economic damages increase with the severity of injuries in victims, hence the increase in expected costs resulting from traffic accidents involving older drivers”, Mercedes Ayuso said.

What can we do to stop this trend, given that in Spain there is no driving age limit? According to the authors, increasing the safety of our elderly drivers is key, and new technologies could play an essential role, especially in those situations such as lane invasions, cars running off the road, crossroad crashes where appropriate warning signals can do a lot.

“From our viewpoint, the importance of the vehicle safety must be emphasized. In Spain there is a strong link between the aging of the car fleet with the severity of traffic injuries, which is more significant in the case of drivers over 75 years driving vehicles over 12 years old (Fig.1)”, Miguel Santolino explained.

The authors believe that motor crash prevention plays a key role in road safety policies. From their point of view, vehicles are necessary mobility tools for elderly drivers, and they must be properly maintained and renewed. In this context, telemetry gains a privileged position, and not only because of what the new devices can do to prevent accidents, but also because of what they can offer once accidents occur (for example, automatic notification to the medical emergency services if the vehicle suffers a strong impact).

The results of the study suggest that in aging societies it is necessary to advance in the research of what our elderly need to move comfortably and safely. The authors advocate that traffic accident policies should gain focus across all ages, with a special attention for the older population, not only as drivers, but also as pedestrians and cyclists. According to Ayuso and Santolino, it is also important to evaluate the effect of aging on mobility by geographic areas, measuring the impact in rural areas, because of the concentration of elderly population and, in urban areas, because of the impact that new personal mobility vehicles like electric scooters and others can have over them.