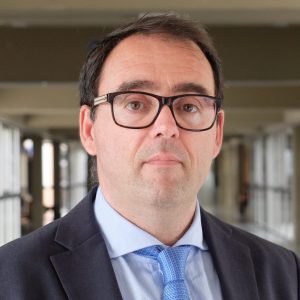 On Thursday, October 10th, Dr. Raúl Ramos, Vice Dean for Research and Doctoral studies and AQR-IREA researcher, was invited by the Spanish Parliament’s Joint Committee on the European Union to contribute with his expertise on the study that analyses the consequences of BREXIT for the Spanish economy and the future relations with the United Kingdom.

Researcher Ramos made a brief analysis on the political consequences of BREXIT: larger relative weight in the EU but on the other side the increasing of disenchantment with the Union, determined by the rise of populism and anti-EU parties, especially in those areas that suffer from poverty and economic decay.

He then analyzed the economic short-term effects that, due to the long BREXIT negotiations, are already producing their effects, and the long-term effects (limitations of movement of people, goods, and capitals) which depend on the future relations between Spain and the UK.

Dr. Ramos’ presentation then went in depth with the magnitude of the economic shock, the relevance to consider Global Value Chains in the analysis and the need to consider asymmetric effects at the sectoral and regional level in order to lay out a Smart Specialization Strategy, identifying strategic areas for intervention.

The intervention finally touched other important aspects, such the effects on the foreign direct investments, on migratory flows, and knowledge flows.