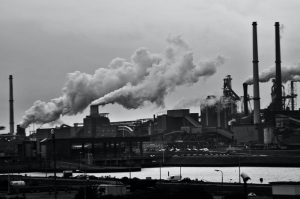 A recent study co-authored by the UB School of Economics and the Barcelona Economic Analysis Team (BEAT) researcher Sergi Basco concluded that the effect of the Spanish Flu on daily real wages was large, negative, and broadly short-lived. The article The redistributive effects of pandemics: Evidence on the Spanish flu, published in World Development, reflected that the negative effects on real wages were exacerbated in more urbanized regions and stronger in occupations producing non-essential goods like shoemakers.

Questions like ‘Which are the effects of pandemics on the returns to factors of production?’ or ‘Are these effects persistent over time?’ have received renewed interest after the out-burst of deaths caused by Covid-19. The Spanish Flu is the closest pandemic to Covid-19 in global spread and mortality rates. Spain, which did not participate in World War I, is an ideal country to perform this exercise.

First of all, the ‘excess death rate’ was one of the largest in Western Europe and it varied substantially across regions. Secondly, Spain was transitioning towards industrialization, with regions in different stages of development. And thirdly, Spain was developed enough to have reliable data. The authors “identify the effect of the Spanish Flu by exploiting within-country variation in ‘excess death rate’”.

Experts on inequality have argued that pandemics have equalizing effects especially in a Malthusian setting, due to real wage increases. But the results of the study co-authored by our researcher suggest that, at least, for a developing economy like Spain in the early 20th century, this result does not apply. “Indeed, we document that the flu pandemic was conducive to a (short-run) reduction in real wages and, in addition, we interpret our heterogeneous results as suggestive evidence that pandemics represent a demand shock”, he concluded.