The issue with the Spanish pensions: a contributive and redistributive system 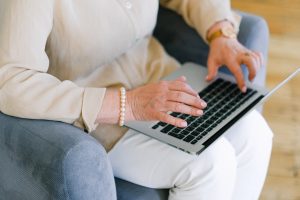 Dr Ció Patxot, professor of Economics at the Universitat de Barcelona School of Economics, considers that the Spanish pension system “has an internal contradiction: despite having certain redistributive elements such as contribution and pension ceilings, it is contributory (pensioners receive based on what they have paid during their working life). And as long as pensions are financed on a pay-as-you-go basis, with the contributions of the current workers, the available funds should not necessarily coincide with those that the pensioners expect to receive, especially in the face of a change such as the imminent aging process of the population.

For the researcher, it seems logical to change the current system given that “there is not enough generational change to pay pensions in the coming years.” Dr Patxot believes that for the pension system to be sustainable, “the pension formula should take into account demographics, productivity and life expectancy”, and cites as an example the Swedish system of notional accounts that maintains the pay-as-you-go financing but adapting the formula to include automatic adjustment mechanisms in case there is a need to adjust pensions. “If there is not enough revenue, pensions go down automatically without depending on the decision of the minister in charge; in this way, people have more information to decide how much they work and how much they save”, she adds. In addition, according to our researcher, the Swedish system complements this pay-as-you-go system, with some part of capitalization.

Dr Patxot considers that would be reasonable to delay the retirement age and/or lower pensions (especially if someone decides to retire earlier) since life expectancy has increased and “if you live longer, you can work more years”.