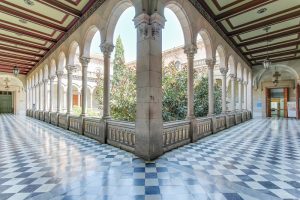 The University of Barcelona has been ranked amongst the top 100 institutions in the world, according to the first edition of 2021 of the Ranking Web of Universities and the Times Higher Education World University Rankings, with regard to its international dimension.

In both rankings, our institution has been the only university in Spain that ranked among the 100 first positions. The University of Barcelona steps up to position number 92 of the Ranking Web of Universities and position 91 of the most international universities using data from the Times Higher Education World University Rankings.

The Webometrics Ranking of World Universities is an initiative developed by the Cybermetrics Lab, a research group belonging the Consejo Superior de Inverstigaciones Científicas (CSIC) to measure the performance of universities based on their web presence and impact.