Xavier Barril is an ICREA Research Professor at Facultat de Farmacia of the Universitat de Barcelona. He received his Ph.D. from this University in 2001 for theoretical studies on the ligand-receptor molecular recognition process under the supervision of Profs. F. Javier Luque and Modesto Orozco. He then joined the Applications Modelling team at Vernalis (Cambridge, UK) for 4 years, where he was involved in a range of projects, mainly in the oncology area. Finally, in 2005 he was appointed ICREA Research Professor to start his own group.

He has co-authored more than 50 scientific publications, including research papers, reviews and book chapters, as well as 7 patents. Dr. Barril is also co-founder of Minoryx Therapeutics, a company focusing in the development of new treatments for rare diseases. 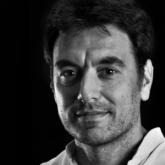 His research focuses on the discovery of bioactive molecules exploiting unusual mechanisms of action through a combined use of computational and experimental techniques. His group also develops new computational tools to tackle such tough targets and strives to improve the molecular understanding of pharmacologically important biological events. Combining physical chemistry, the use of computers and an intimate knowledge of the molecular processes that govern life, it is becoming possible to rationalize and expedite the discovery of new drugs. In our group we are developing new computational tools to be used in rational drug design and, at the same time, we collaborate with experimentalists to help discover and optimize molecules that may become drugs in the future.