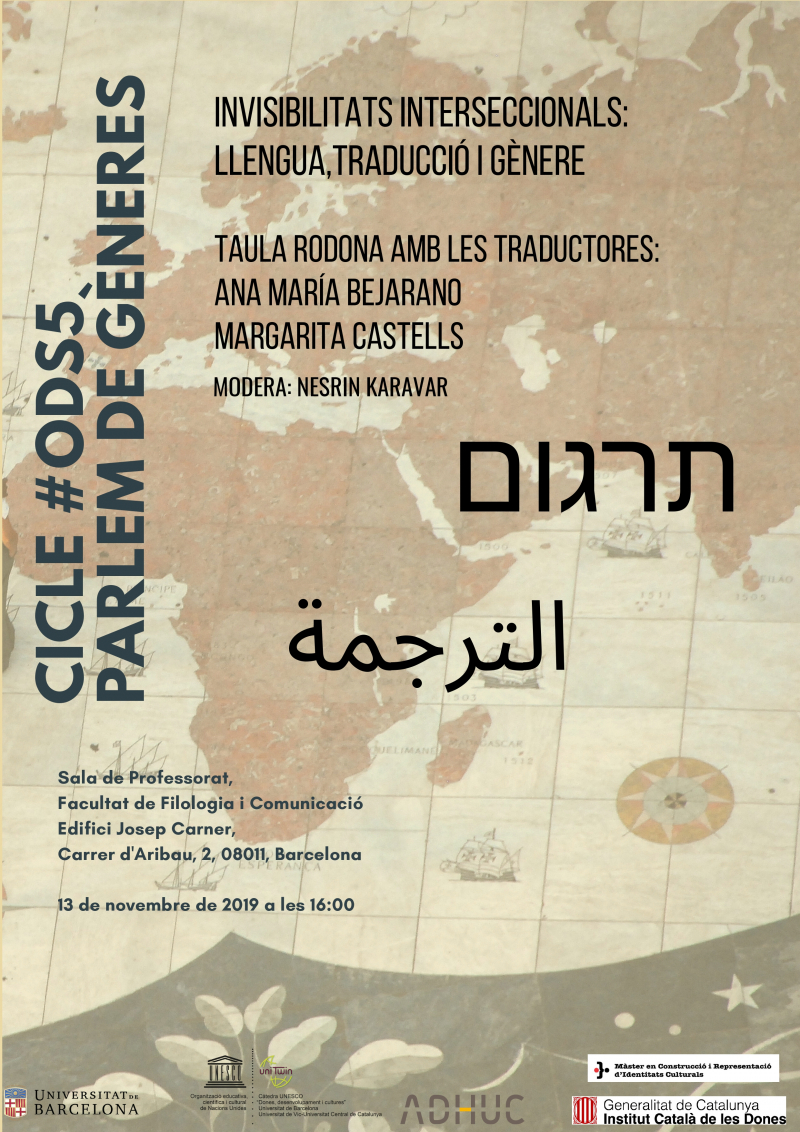 The UNESCO Chair Women, Development and Culture, directed by Mònica Rius Piniés (ADHUC—Research Center for Theory, Gender, Sexuality), begins with a series of talks whose objective is to disseminate the reality behind professions that are invisibilized from a gender perspective. The cycle "Talking about Gender" begins with a dialogue between Ana María Bejarano (National Award for Translation, 2016) and Margarita Castells (Critica Serra d'Or Award, 2006), translators of Semitic languages: from Hebrew and Arabic, respectively. In this conversation, titled "Intersectional Invisibilities: language, translation and gender", both translators will reflect on the intricacies of a job that is usually silenced. This activity is part of the "Objectius de Desenvolupament Sostenible" (ODS), particuarly related to objetctive number 5: achieving gender equality. The ODS make up the United Nations Agenda 2030, and are a continuation of the Objectius de Desenvolupament del Mil·lenni. The activity is open to the public interested, and has the support of the Catalan Institute of Women.