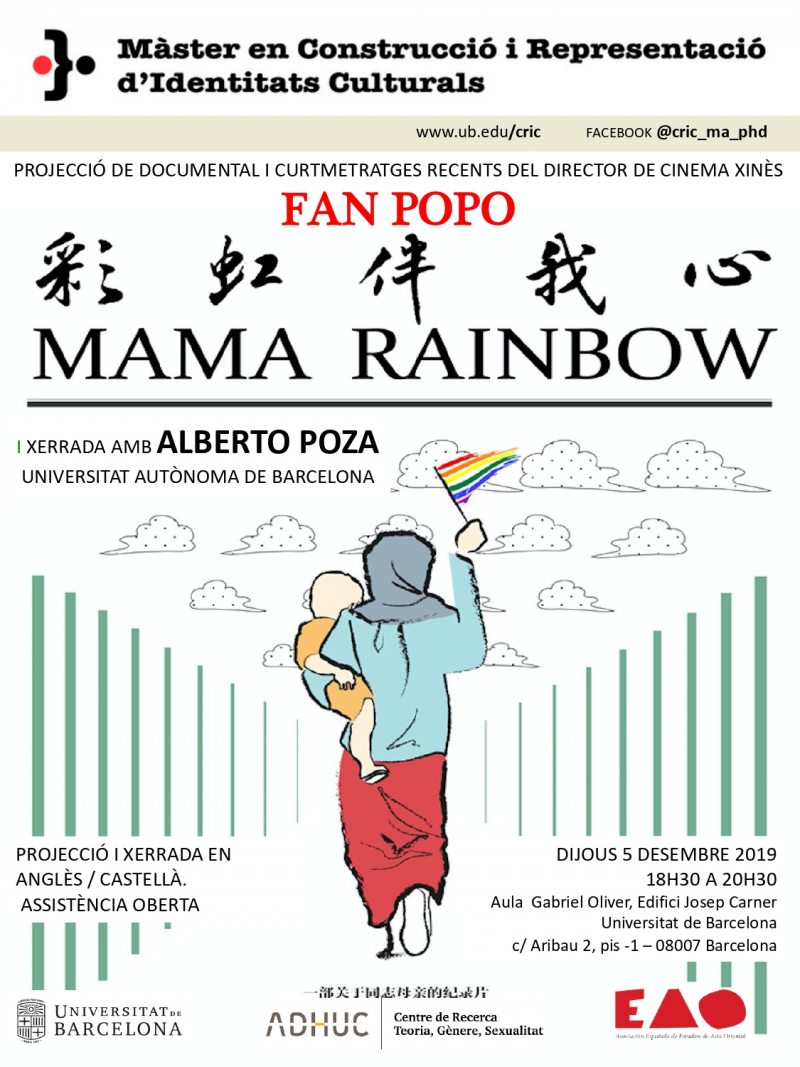 Fan Popo 范 坡 坡 is one of the most visible LGTBQ film directors, critics and activists in China. He achieved international recognition with his documentary Mama Rainbow 彩虹 伴 我 心 (2012), in which he tells the story of six mothers in urban and rural China regarding the homosexuality of their children. In 2014, SAPPRFT (in its acronym in English) 廣電 總局 (State Administration of Press, Publications, Radio, Film, and Television of the Popular Republic of China) ordered the withdrawal of the documentary from all content exchange platforms, giving Fan the opportunity to become the first citizen to denounce cersorship, forcing a public body to rectify. The viewing proposal, as well as the documentary Mama Rainbow, includes the screening of one of his most recent short films: La Torre del Tambor 鼓樓 西 (2018), the first work starring entirely trans people in China. At the end, there will be a session with the director conducted by Alberto Poza (Universitat Autònoma de Barcelona).

Activity in English and Spanish. Attendance is open to people interested in the event.