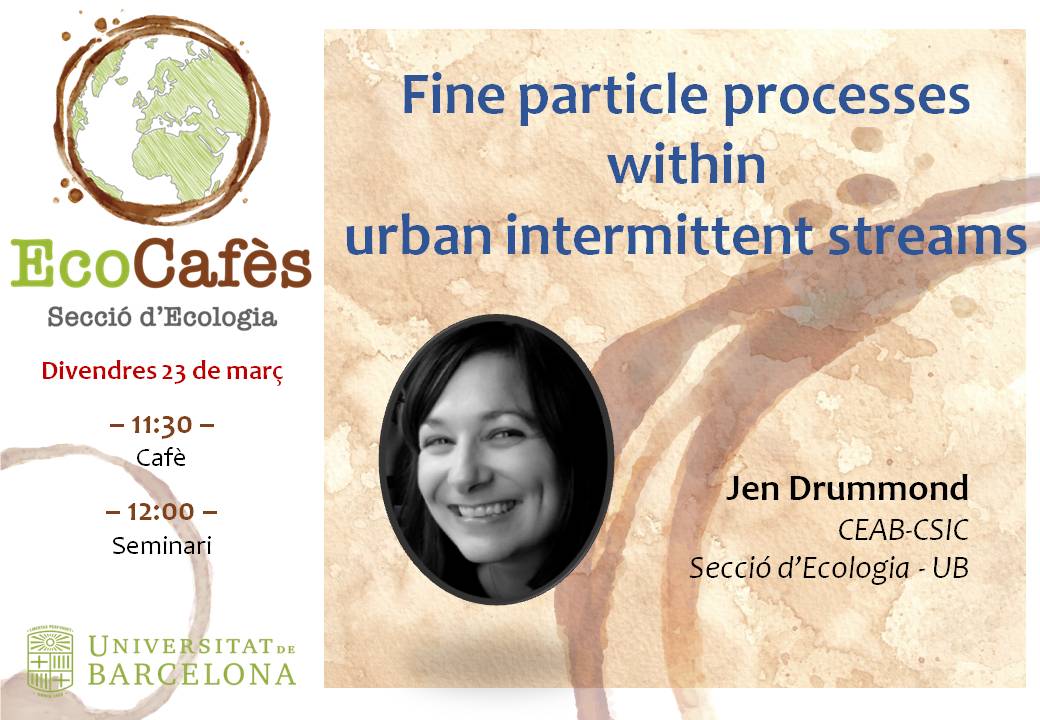 Waste water treatment plant (WWTP) effluents constitute point source inputs of fine particles, nutrients, carbon, and microbes to stream ecosystems.  A range of responses to these inputs may be observed in recipient streams.  Inputs of fine organic particles can fuel biogeochemical reactions within transient storage areas, which may increase respiration rates and augment CO2 emissions to the atmosphere. Additionally, accumulation and storage of fine particles in the upper streambed layers (i.e., clogging) can alter the hydrological interaction between the water column and underlying sediments, which can reduce oxygen replenishment and solute and nutrient transport to microbial communities in the hyporheic zone.  We explored these contrasting effects of WWTP point source inputs in an intermittent Mediterranean stream over a wide range of hydrologic conditions, including both high flows and extreme drought (i.e., no dilution of WWTP effluent inputs).  We focused on the easily resuspended fine sediment near the sediment-water interface (top 3 cm), as this region is a known hot spot for biogeochemical processes. For one year, samples of resuspended sediment were collected bimonthly upstream and downstream of a WWTP point source. We measured the standing stock of total fine particulate matter (TFPM), its % of organic matter (OM), and the potential respiration associated with this TFPM using the resazurin-resorufin hydrometabolic tracer system.  Higher TFPM was observed downstream of the WWTP and larger differences between up and downstream sites for TFPM and % OM were observed at low discharges.  Furthermore, potential respiration efficiency increased not with TFPM quantity, but with its % OM.  We will discuss the consequences of fine particle accumulation on streambed clogging and the potential mechanisms explaining the observed differences in aerobic respiration such as microbial abundance, and the carbon and nutrient content of the resuspended sediments.