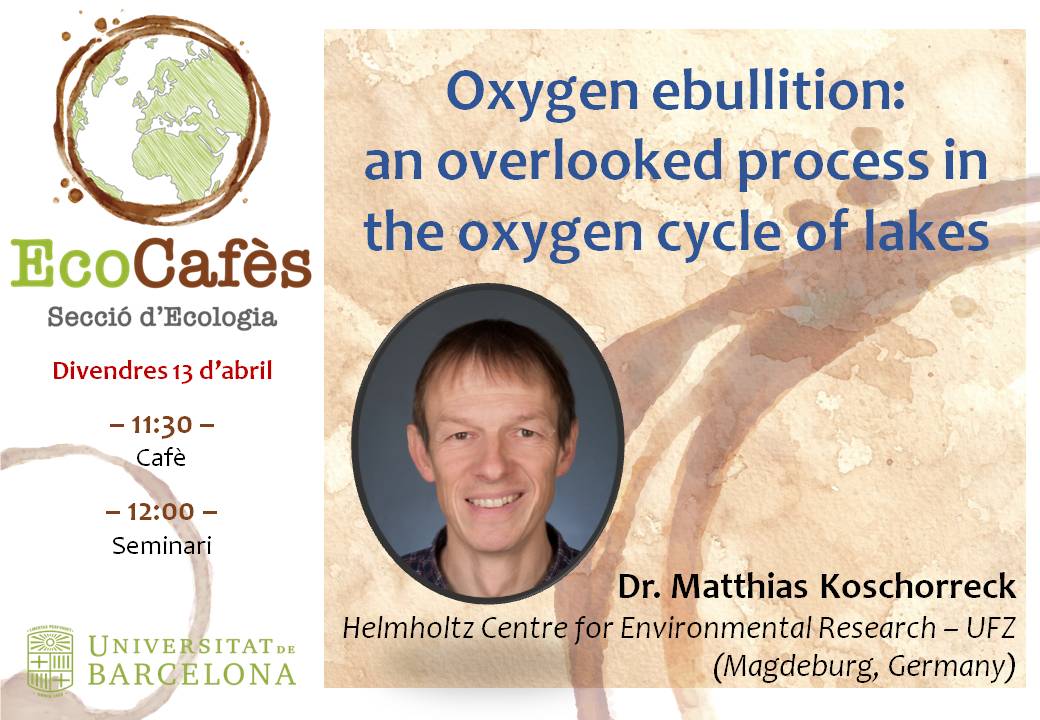 The exchange of oxygen between lakes and the atmosphere is assumed to be driven by diffusion. Here we show that lakes can emit significant amounts of O2 by emerging gas bubbles—a process called ebullition. We found very high proportions of 17 ± 10% O2 (maximum 34%) in emerging gas bubbles in two shallow eutrophic reservoirs. In the studied reservoirs, O2 emission by ebullition was of similar magnitude as diffusive O2 fluxes. By reanalyzing previous studies, we show that the process is ubiquitous and probably quantitatively relevant in many places. We present evidence that O2 in bubbles originates both from photosynthetic oxygen production and hence bubble formation in the oxic water and from stripping by emerging methane bubbles. Ebullition can turn lakes undersaturated in respect to the atmosphere into a net O2 source. Neglecting O2 ebullition leads to an overestimation of lake internal respiration.