We want to build in Barcelona city an open laboratory for culture, knowledge, creativity and innovation with the public. The aim is to encourage innovation through public collaboration between the arts, science and technology. 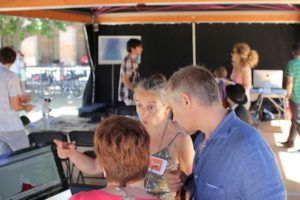 The line of work on which we focus from OpenSystems is the creation of a community of practice in citizen science in Barcelona and that takes shape in the creation of a Citizen Science Office promoted by the Institute of Culture of Barcelona of the City Council.

Citizen science invites citizens to participate in the tasks of a scientific research and democratize a knowledge typically not accessible. Beyond the strategies with specific scientific communication, we involve the public in the gestation of new research, the choice among the different research lines and the performance of the researcher’s own tasks. Citizen science is a new way of doing science.

The Citizen Science Office brings together more than 15 active projects in the city of different origins and disciplines. Build a common space that facilitates mutual learning and collaboration between research groups, citizens and the City Council. It organizes activities in the city to promote citizen science both for the community itself (Day of Citizen Science) and for the general public (Citizen Science in the Neighborhoods and the Science Festival). Finally, it seeks to align the policies of the city with the various citizen science projects.

The founding group of the Citizen Science Office of Barcelona is formed by the following projects:

The Citizen Science Office of Barcelona is coordinated by Josep Perelló and has Elisabetta Broglio as head of the technical secretariat.

The project has received the support of the Spanish Foundation for Science and Technology (FECYT, 2012) and RecerCaixa (2013-2015). 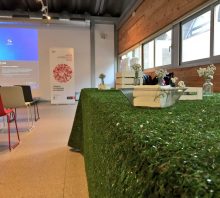 We present the communication “A brief story of the Barcelona Citizen Office: community of practice, the rules of governance, and the connection with citizens and public administration .” We explain the Recercaixa project with schools and the Citizen Science Office with the Barcelona Council.

Summary of our contribution in Creative Distruction

We participate in the session A society of the experiment? In this event on new scenarios of social innovation in eTopia center of Zaragoza. [IN SPANISH]

The symposium Medialab-Prado Madrid assembles different perspectives around the collective. We present Bee-Path, Mr Banks and the Citizen Science Office.