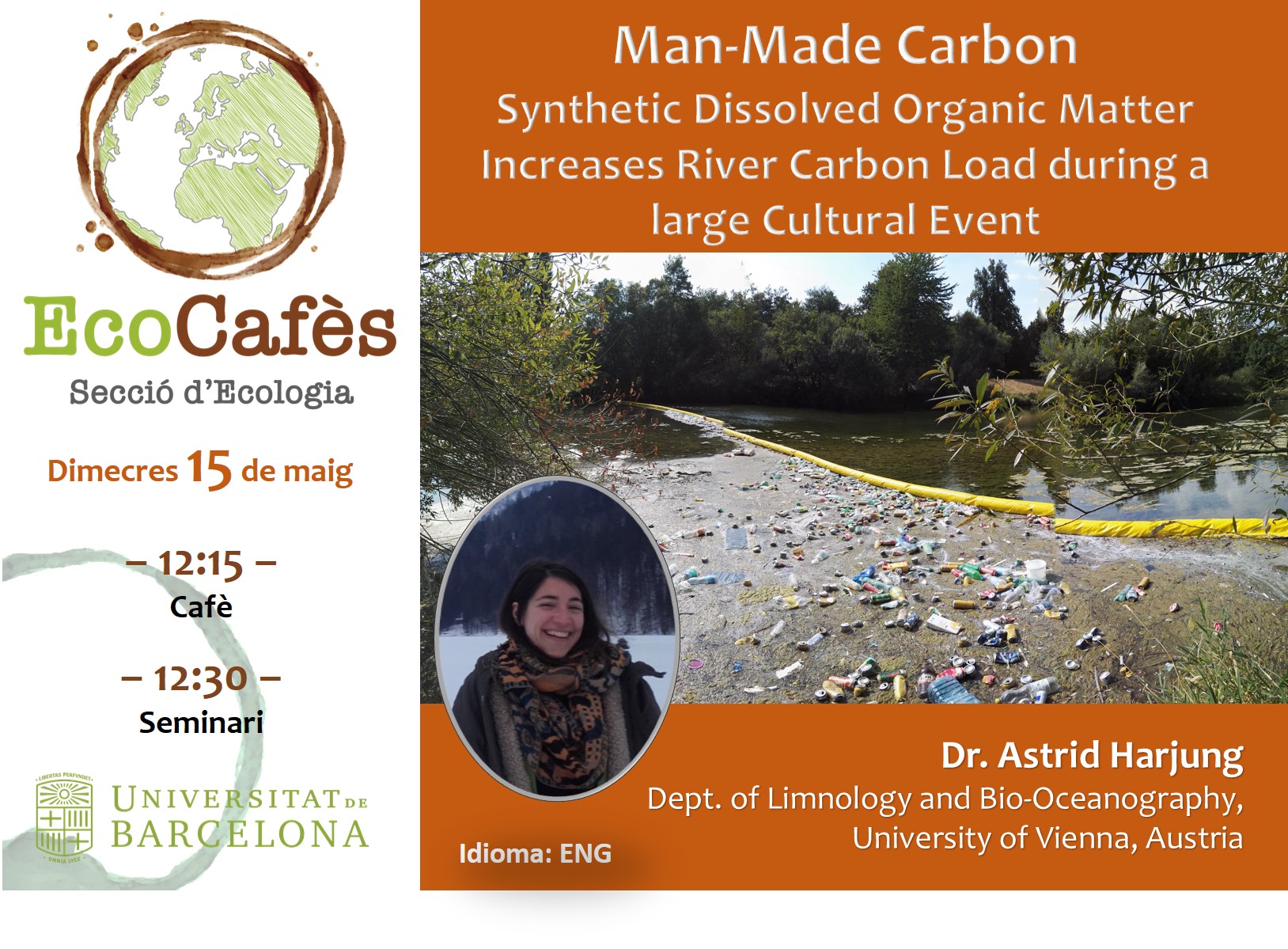 1 Department for Limnology and Bio-Oceanography, University of Vienna, Vienna, Austria

The Frequency Music Festival attracts more than 200 000 visitors every summer. Most visitors camp in close proximity to the Traisen River, a tributary to the Danube River in Austria. The campers typically stay for four days and make intensive recreational use of the Traisen. To quantify the effects of this distinct human activity on water quality and stream ecosystem functioning, we established a stream sampling campaign and deployed continuously measuring UV-Vis and oxygen probes upstream and downstream of the festival area. With our design, we aimed to evaluate the impact of the Festival on river biogeochemistry, namely dissolved organic matter (DOM) dynamics, nitrate concentrations and stream ecosystem metabolism. Analysis of stream samples revealed an increase in dissolved organic carbon (DOC) concentration by up to 1 mg L-1 which corresponds to a mean increase of 30 % during the festival, as compared to upstream (1.6 mg/L). Fluorescence intensity doubled as a result of the festival, indicating a potential change in DOM sources. Interestingly, the UV-Vis sensors neither detected changes in DOC nor nitrate concentrations during the festival, suggesting that the additional DOM was outside the detection range and was likely different from natural sources. At the contrary, laboratory analysis confirmed that nitrate and total nitrogen concentrations did not change significantly; ecosystem respiration was slightly enhanced. Using parallel factor analysis (PARAFAC) on Excitation-Emission Matrices we were able to assign the increase in DOC to a distinct PARAFAC-component that was neither present in the river before or after the festival, nor upstream the festival area. A laboratory experiment of absorbance and fluorescence of various sources of human associated DOM (sunscreen, beer, human urine, toothpaste, plastics…) indicated that sunscreen was the most probable source. Further, back-of-the-envelope calculations showed that at least 2 tons of sunscreen had to be dissolved into river water to cause the observed gain in DOC concentration during the festival. Overall we conclude that large cultural and recreational events may artificially increase carbon load to river ecosystems. This carbon may modify stream ecosystem functioning, as indicated by the transient increase in ecosystem respiration. As the world’s population rises, human induced, man-made synthetic DOM may become more relevant for streams and rivers in the future.