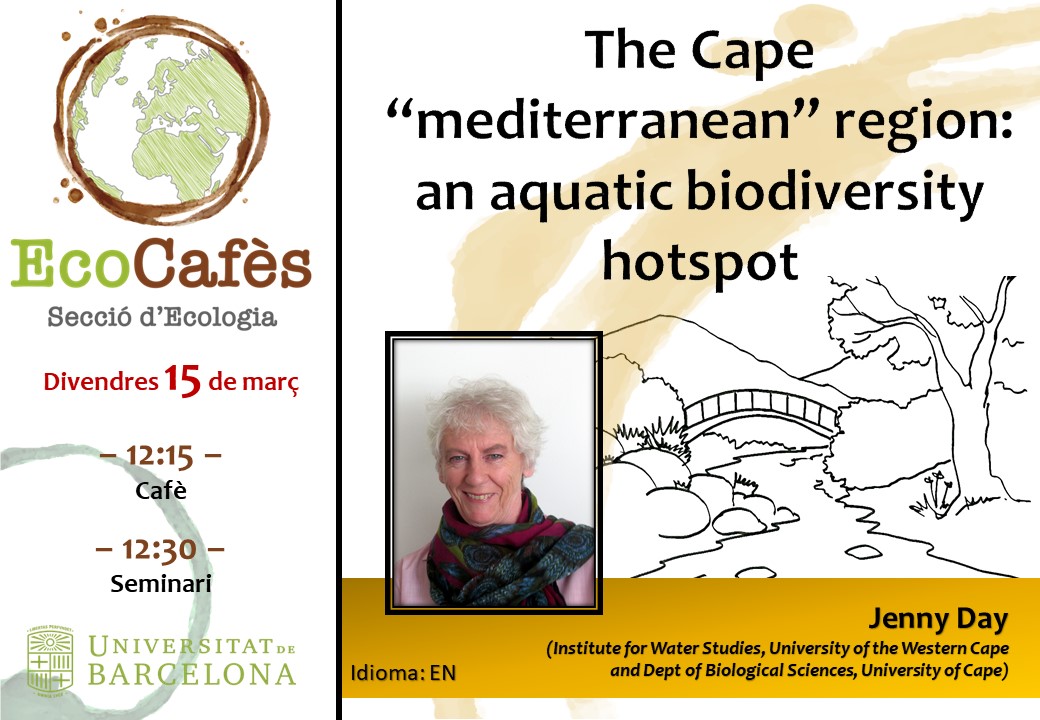 Mediterranean regions, including the fynbos biome of the south-western Cape in South Africa, are characterized by winter rainfall and summer drought. The Cape region in South Africa is further characterized by extremely oligotrophic soils. Summer drought and oligotrophy have resulted in characteristic features of the terrestrial vegetation: low growth; small, hard sclerophyllous leaves; adaptations to fire; and the production of phenol-rich secondary plant compounds. These compounds are weak organic acids that impart a dark colour and low pH  to natural waters into which they leach. The waters of much of the fynbos are therefore dark in colour, acidic, very pure, and low in N and P. Despite the apparent harshness of such waters, they support  a diverse, well adapted and highly endemic fauna. The various elements of the fauna originated in the area long before the onset of mediterranean conditions. The mountains of the region are  ancient (ca 500 My) and geologically stable (some river valleys can be traced back for at least 80My)  As a result, many members of the aquatic fauna have very long evolutionary histories in situ and must be of Gondwanan origin. Isolation of individual clades has resulted in remarkable genetic diversity even within morphologically indistinguishable taxa; some are narrowly endemic, even to within single river tributaries. Too little is known about the biology of most taxa to make informed statements about common biological traits but individuals do  tend to be small, life cycles tend to be less than a year long, and diapause or dormancy is common in the eggs.