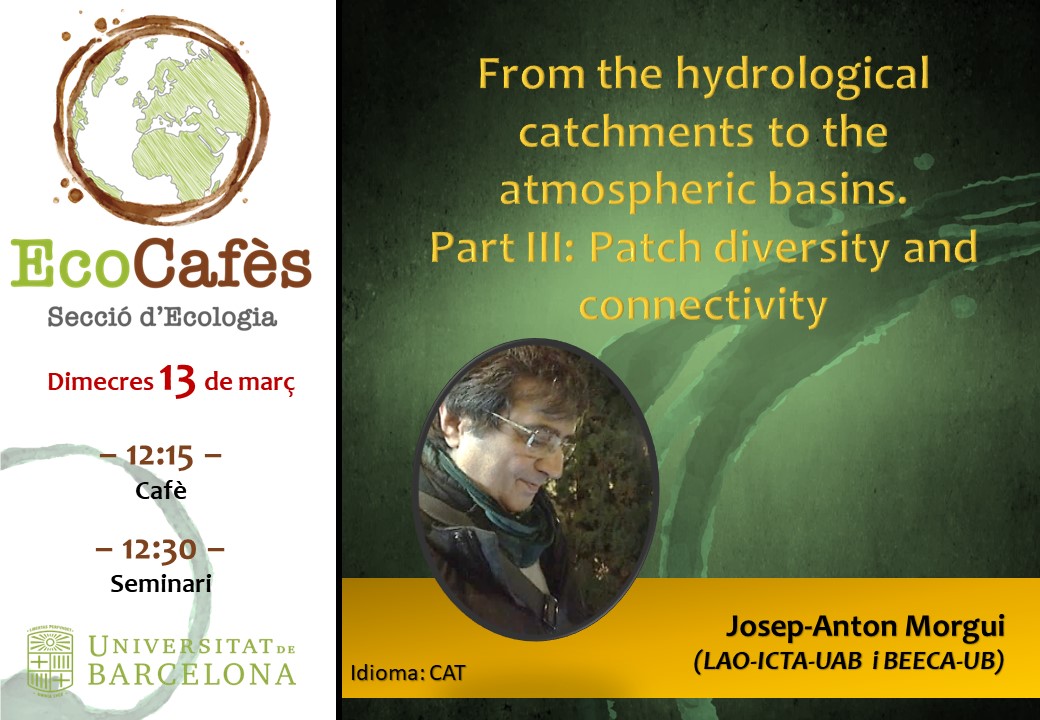 Anthropocene high resolution studies by the Earth Observation System, surveys of environmental variables, a kind of connectivity-related sustainability and some research infrastructures approaches would be addressed, only if you were interested (Physics meet Natural Parks). This talk merges with the Anthropocene debates too.

The 2ond part of the «From the hydrological catchments to the atmospheric basins» series (Part II: «Infrastructures, Science Societies, Big Data, Citizen Science?», told at CEAB-CSIC, 28th February 2019) tried to approach how the research from the "land surface / atmosphere interactions" concept is being both integrated and scaled towards the results obtained by Earth Observation Systems (EOS). Research at the LAO-Lab provided examples for the discussion both about the concepts underlying EOS research and about its integration into either hydrological or atmospheric dynamics. This talk also raised questions about the role of research based on a bunch of Science Communities. What role should they play? What would these communities mean in the Anthropocene? (i.e. ESFRIs, LTER, Open Data, etc.).

The first talk «Part I: A conceptual rupture?» was lectured on 27th February 2019 at the CREAFtalks.

This first part introduced a discussion about why Earth observation from space is seeking for the highest resolution, no matter it matches or not the scale of “case studies” studied over the landscape structure, with questions about euclidean or lagrangian visions, about transect-based measures for geo-locating point-sources or point-based measures for locating diffuse-source areas, about seasonal and daily variability studied in extensive ecosystems and agro-systems and about temporal variability and spatial complexity studied in cities and mountains, among others.