The Institute of Biomedicine of the University of Barcelona (IBUB) is a transversal research unit formed by some 40 groups from the Faculties of Biology, Pharmacy and Chemistry. The IBUB was created in 2006 with the aim of identifying, beyond the traditional academic structures (departments and faculties) a set of laboratories with complementary scientific activity, capable of generating synergies.

Demonstrated a new beneficial effect of bempedoic acid in an experimental rat model of non-alcoholic fatty liver disease. This drug has been approved for use in humans for the treatment of hypercholesterolemia 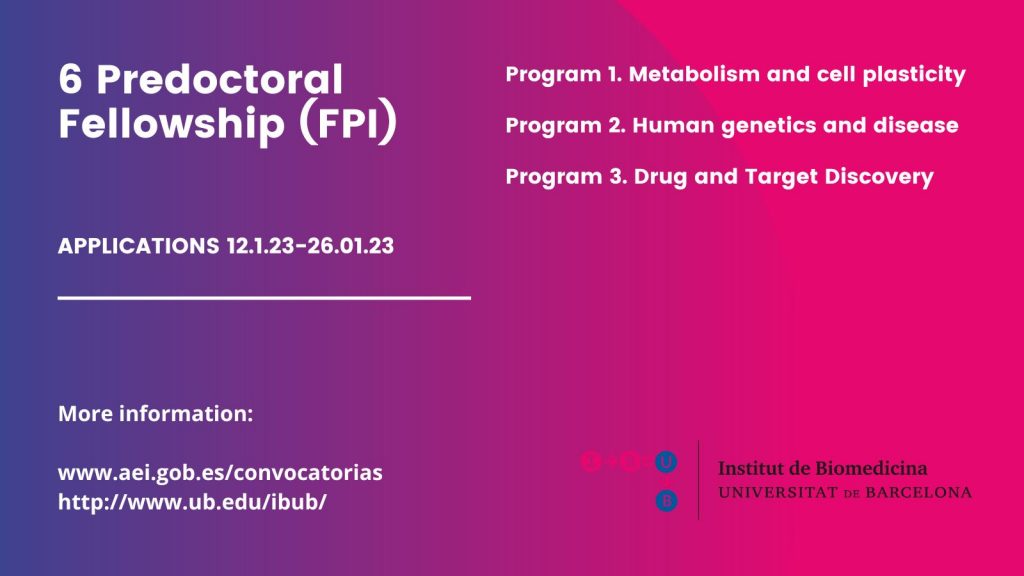 The “Molecular Metabolism and Disease” team leads dissemination activities in “The Day of Obesity” organized by SEEDO, to highlight the importance of brown fat research to combat obesity effectively

The Institute of Biomedicine brings together highly qualified biomedical research personnel working in groups renowned for their excellence, and its founding collective’s indicators in scientific production and the raising of resources testify to the IBUB’s benchmark status in biomedical research in both Catalonia and the rest of Europe.

Obesity Day 2022 Workshop. Research for a future without obesity

Article of the month

Latanoprost (LAT) has been shown to have a hypertrichotic effect, which makes it a promising candidate for alopecia treatments. For the first time, LAT has been encapsulated in nanotransfersomes in order to increase its efficacy. Ex vivo skin biodistribution was studied by confocal laser microscopy both in human scalp and pig skin. Results showed that nanotransfersomes increase the penetration of two different fluorochromes, with similar patterns in both species, compared with fluorochrome solutions containing no nanotransfersomes. Nanotransfersomes were stable under accelerated conditions (40 °C/75% RH) and long-term conditions (25 °C/60% RH) for up to 1 year, with no differences in vesicle size and polydispersity when LAT was loaded. Nanotransfersomes increased the LAT cell proliferation effect in HaCaT cell via MAPK signaling pathway. Collectively, our results demonstrate LAT-nanotransfersomes formulation could be a promising therapy for hair growth disorders.