We want to investigate the rational behaviour of each individual in relation to his own benefit and the collective benefit. We use the infrastructure of the Board Games Festival DAU Barcelona to find answers about humans’ behaviour through games and social dilemmas. We develop and design on digital platforms collective experiments to follow the humans’ decision making. 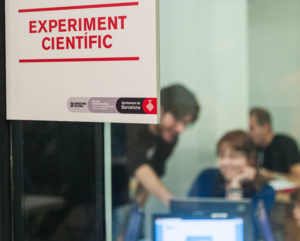 The first experiment of this project was conducted during the DAU in Fabra i Coats (Barcelona, 15 and 16 December 2012). The experiment is based on a model of conflicts that has been studied in detail to model, analyse and/or solve many real world situations: the prisoner’s dilemma.

The prisoner’s dilemma is a fundamental problem in game theory that shows that two people might not cooperate even if it was in the interest of both. In the experiment, participants played repeatedly while having information about the rewards obtained by others. The benefits they obtained were both the result of their own actions and those of his opponents.

In the Edition 2013 of the the Board Games Festival DAU Barcelona, 14 and 15 December 2013, we have developed “Mr. Banks, the stock exchange game”. Based on information related to the financial markets, presented in a funny way, the participants were asked if they think that the market will rise or fall. With the results obtained in the experiment, we try to answer questions such as: How does the information available affect the decision making?, what information do we take into account and what information do we value more ?, how influence the success or failure of previous decisions?, do we learn from the experience?

Research in the wild for the city and with the citizens: The climate game and other actions is the title of our talk in the Urban Climate Experiment: A Para-Site track. Session explores collective urban experiments challenging the normalization of climate change in the city. 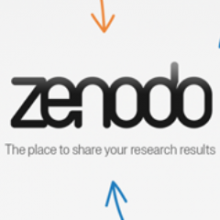 Data from our PLoS ONE paper is freely available

Zenodo is a research data repository created by OpenAIRE and CERN to provide a place for researchers to deposit datasets. Our records report volunteers’ market direction guesses from our game Mr Banks and being used in our PLoS ONE paper.

Our paper in Plos ONE is out! 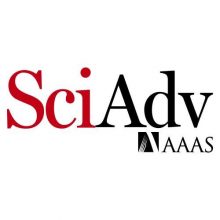 Our research is been published in Science Advances

We participate in the STATPHYS 26 congress