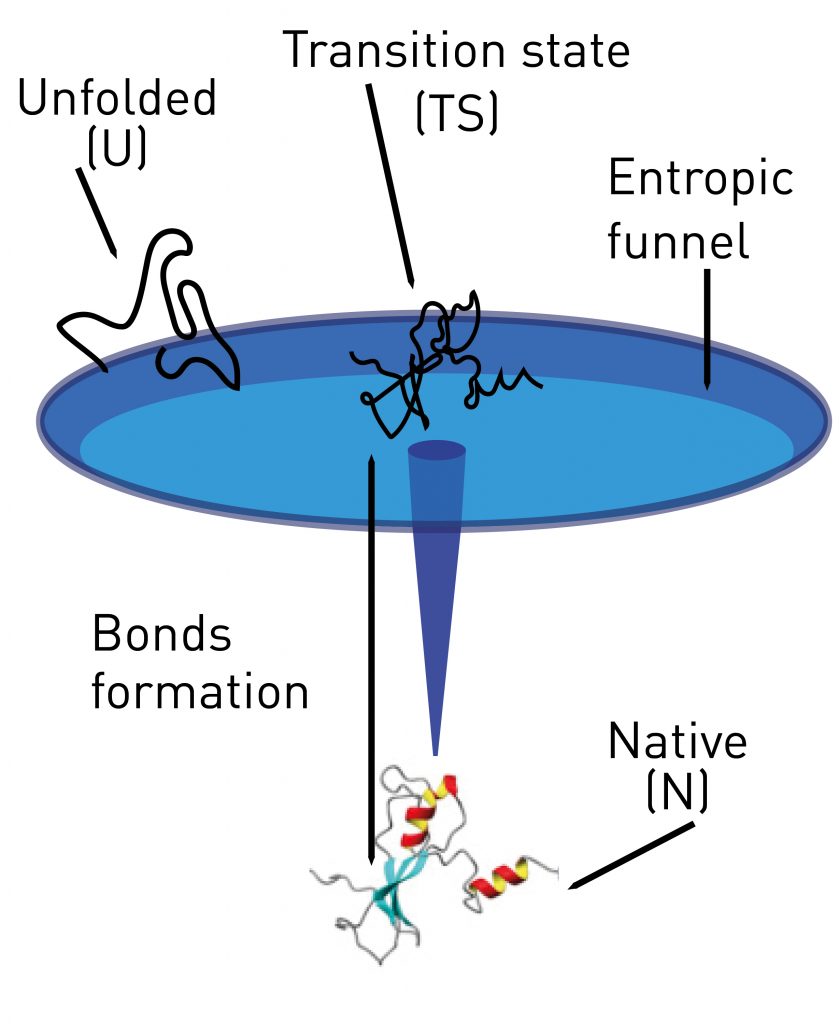 In biophysics, the kinetic states of molecules play a determining role in the metabolic and physiological processes in which they take part. Now, a study led by Professor Fèlix Ritort, from The Small Biosystems Lab specifies for the first time the levels of energy, the entropy and the enthalpy of protein folding. To do so, researchers introduced for the first time a temperature monitor in optical tweezers to determine the entropy and enthalpy of protein formation. The first author of this work is the researcher Marc Rico-Pasto (UB) and it counts with the collaboration of teams from the University of Padova (Italy), the Institute of Bioengineering in Lausanne (Switzerland) and the company SpliceBio, whose headquarters are in the Barcelona Science Park. The work has been published in the journal Proceedings of the National Academy of Sciences.