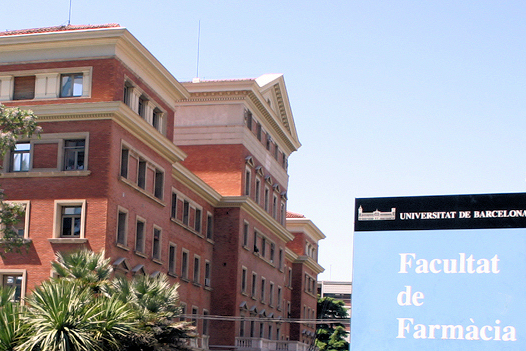 The University of Barcelona's Faculty of Pharmacy and Food Sciences can trace its origins back to 1845. Only a small number of faculties existed prior to then, and the fields they covered were limited to the arts in general, law and medicine.

For centuries, only doctors had enjoyed university training. Catalonia's first faculty of medicine had been established in Lleida's Estudi General, a higher education institution founded in 1300. There was no academic training for apothecaries, who were learned artisans organized into guilds. It was left to societies of apothecaries, overseen by the Real Protomedicato, a Spanish health organization, to conduct exams and grant authorization to exercise the profession.

Royal schools of pharmacy, the predecessors of today's faculties, were created in the early 19th century. Barcelona's was called the San Victoriano Royal School of Pharmacy. At last, in 1845, apothecaries became a thing of the past and the University began to train pharmacists, who, once qualified, were able to operate anywhere in Spain, without organizational restrictions. These new pharmacists were also chemists, biologists and botanists, as university degrees for the corresponding disciplines had yet to be introduced.

Sections of the UB began to move to the Pedralbes Campus in the mid-1950s. Pharmacy was the first faculty to do so, trading its former site at the plaça de la Universitat for a refurbished building originally designed as a hall of residence. We are still here today, in the central building and its annex. Plans for a new faculty are currently on hold, and we have expanded onto the Torribera Food and Nutrition Campus to accommodate our nutrition and food technology and safety activities.

New investment in the Faculty is vital. We need to renovate our classrooms, modernize and extend our research laboratories, and have more space to work in in general. These are our main requirements and concerns. Addressing them is crucial if the Faculty is to optimize its performance and fulfil all its potential.

Dean of the UB's Faculty of Pharmacy and Food Sciences