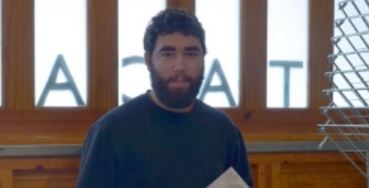 The work 150 hores by the artist and former student of Fine Arts, David Calle Cañadell won the Jesús Nuñez International Award of Graphic Art, presented by the Provincial Council of La Coruña. The jury chose his work out of the 120 works that were presented in the contest.

According to the jury, the awarded work “gains power from silence and thoroughness”. “The enigma uses a graphic art that talks about the passing of time and the process to share the project” verdict says.

The jury gave three honorable mentions to the works Asentimiento irregular by Rubén Morales; Diáfora by Carmen Jiménez and Drypoint on Zerkall Bütten, by Michael Paul.

David Carrer (Lleida, 1993) studied Fine Arts at the University of Barcelona, where he majored in engraving. He has hold several exhibitions, individual and collective ones, in Almeria, Barcelona, Lleida and Berlin, among other cities.