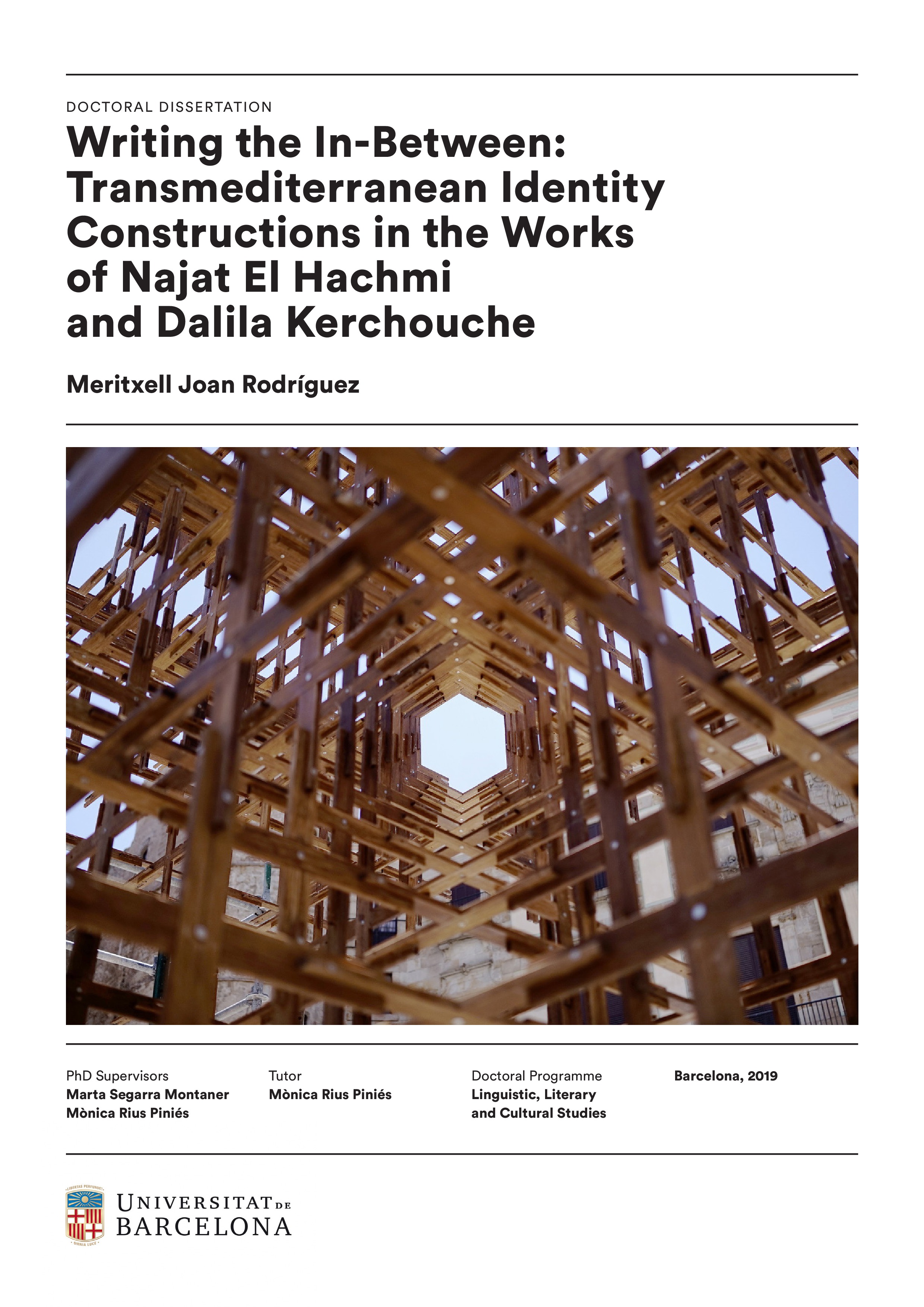 PhD candidate Meritxell Joan, who has previously been a predoctoral researcher at ADHUC—Centre de Recerca Teoria, Gènere, Sexualitat, will defend her doctoral thesis "Writing the In-Between: Transmediterranean Identity Constructions in the Works of Najat El Hachmi and Dalila Kerchouche", directed by Marta Segarra Montaner (LEGS-CNRS and ADHUC—Universitat de Barcelona) and Mònica Rius Piniés (ADHUC—Universitat de Barcelona). This thesis aims to reflect on the processes of contemporary (individual and collective) identitarian constructions that are crossed by migratory experiences inscribed in the Mediterranean Space. Her research is based on a comparative analysis of the literary works by Najat El Hachmi (Beni Sidel, 1979) and Dalila Kerchouche (Bias, 1973), an exercise that intersects with different disciplines, such as Postcolonial and Gender Studies.