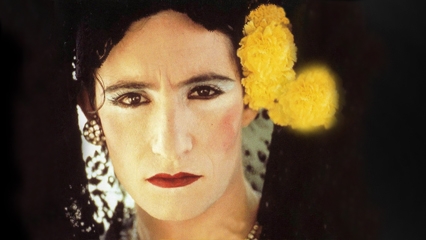 The objective of this project is to investigate the cultural representations of sexual minorities (lesbians, gays, and transsexuals) in Spain from the passing of the Law of Social Dangerousness and Social Rehabilitation (1970) to the reform of the Penal Code in 1995. In order to meet this aim, the project analyzes the artistic production of a number of Spanish and Latin American male and female individuals who (1) were able to question the structures of control and domination in Spain in the last years of Franco's dictatorship; (2) were able to open up new horizons of freedom in the context of the criminalization of the previous decades, and; (3) were able to bring about new models of behavior that were more egalitarian during the first years of the new democracy.

The project will thus interlink the fields of political and historical change and artistic production in order to assess whether cultural representations can be understood as mere reflections of social and political change. The project, therefore, has two primary objectives: firstly, to document the extent and the quality of cultural production created during this heady period of social and cultural change, and, secondly, to assess how far the reception of artistic creation can be held to be a faithful indicator of the profound changes undergone during this period.

In terms of the materials to be examined, these will be, in the first instance, literary, although journalistic and political texts will also be addressed, as well as musical and filmic productions and those of the visual arts. Research on Spanish culture during this period has not yet addressed these creative and intellectual products collectively within the context of lesbian and gay, transgender and queer studies, while other countries of Europe and the Americas have already taken this step. A complementary objective of this research, therefore, would be to undertake research of a unique type within the context of Spanish academia. Such research will garner a high level of interest within Spain and further afield, not only as a result of the themes covered but also given the nature of the period studied.

This project is guided by a firm commitment to multi-disciplinary research perspectives, as evinced by the composition of the research team, drawing on Philology, History, Sociology, Audiovisual Communication Studies, and Art Theory. This wealth of approaches will impact positively on the quality and depth of the research undertaken. In addition to members from Spain, the research team is drawn from Germany, Great Britain, Australia, the United States and Mexico, thus fulfilling the objectives of the National Programme in terms of the fostering of the internationalization of research activities and, simultaneously, impacting positively on the Spanish university sector by bringing knowledge from other countries into its realm.

Finally, the research team intends to make a contribution to the study of those circumstances that have favored the stigmatization of a minority by offering an explanation of past marginalization in order to guard against future discrimination in Spain and Latin American societies in the twenty first century. These countries will be the principal, but not only, geographical areas to benefit from the research undertaken here by means of the conferences, symposia, articles and academic books proposed in this research project.