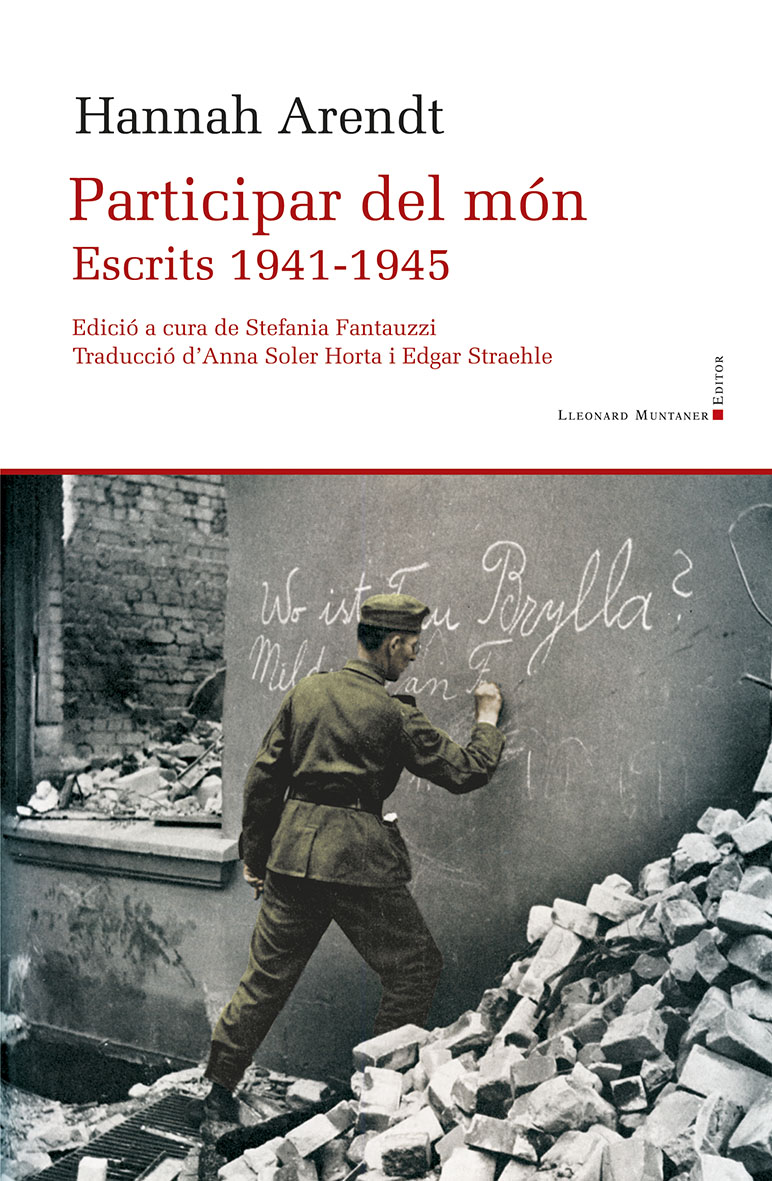 Participar del món. Escrits 1941-1845, edited by Stefania Fantauzzi (Seminari Filosofia I Gènere) and translated by Edgar Straehle (Seminari Filosofia i Gènere – ADHUC) and Anna Soler Horta, has been published. This volume contains, for the first time, all of the articles that Hannah Arendt wrote in the United States for the magazine Aufbau between 1941 and 1945. It also includes the proceedings of the " Die jungjüdische Gruppe" organized during the year 1942 in New York, and in which Arendt had a prominent role. It is a group of texts that, up until now, had not been translated to any language in their entirety.

Participar en el món offers an important contribution to the field of arendtian studies, and it allows us to perceive Arendt’s independent thinking, which she maintained throughout her life. Furthermore, these writings anticipate some of the reflections that the author developed in later essays. They also present a set of questions fully current in our time: what attitude do we have when confronted with emergencies, when the existence itself of human beings is in danger? What are the consequences of not trying to live in peace with our neighbors? What does it mean to participate and to reach an agreement? And, it goes without saying, what responsibility do we have with the world?

The edition and translation of this work is parts of the research project “Vulnerability in Women’s Philosophical Thought” (PGC2018-094463-B-100).