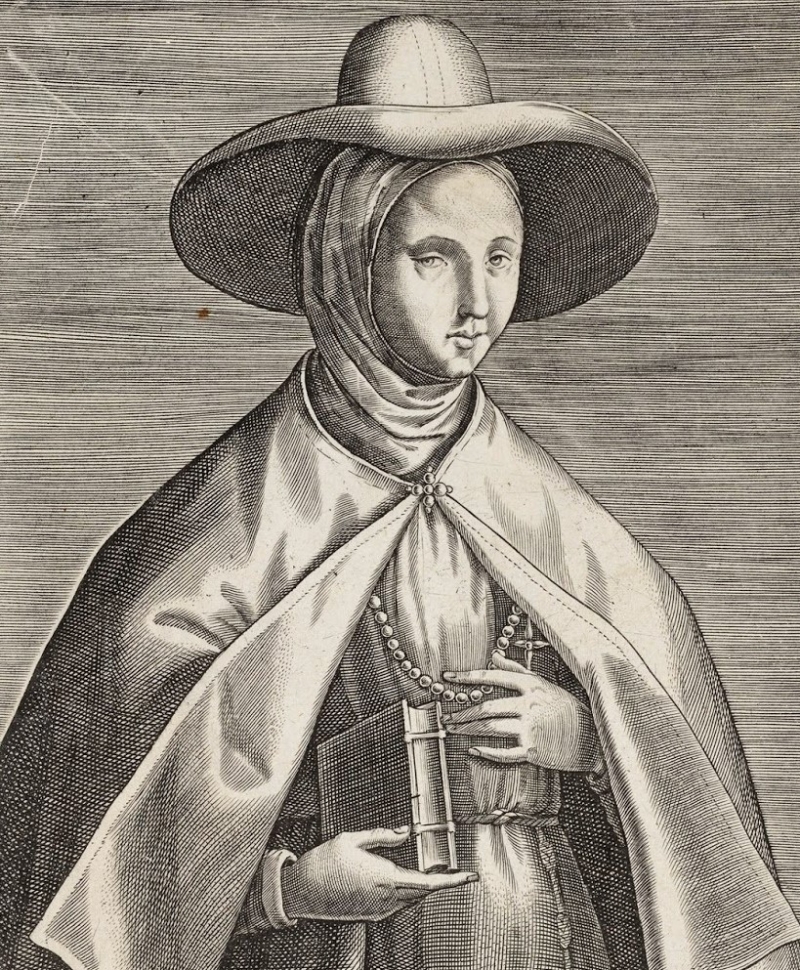 Humanist and icon of the Renaissance, Juliana Morell is one of the two women who appear in the Paranymph of the University of Barcelona. Public spaces in Catalonia have been dedicated to her and her biography has been quite widespread: her oeuvre and her thought, however, remain unknown. Born into a family of Jewish origin, daughter of the banker and merchant Antoni Morell and motherless from an early age, she spent her childhood years on Cendra strett (current Raval) and the monastery of Montsió. She had humanist instructors at home and studied practically all day; at the monastery, she received a Christian education. Both her identity and her writing are shaped by the intersection of various knowledges, as well as her polyglotism: by the age of 12 she was fluent in Latin, Greek, Hebrew, Aramaic, French, and Italian, in addition to Spanish and Catalan. Fleeing serious accusations towards Antoni, father and daughter settled in Lyon, where in 1608 Juliana defended oral theses in philosophy. This event made her one of history’s first women doctors, and her fame as “prodigy” spread throughout Europe. Morell trained in theology at Lyon and in jurisprudence and music (she played the organ, the harpsichord, and the lute) in Avignon. Suddenly, at 16 years old she abandoned this trajectory and joined the Saint Prassede’s Dominican monastery in Avignon. In the monastery, she served as prioress and mistress of novices and actively participated in the Catholic reformation in France with intellectual and religious authority. Between Judaism and Christianity, academy and monastery, rationalism and fideism, the paradoxes that accompany Juliana Morell are a reflection of an era as well as a kaleidoscope of her unique and most interesting personality.