The transmission of knowledge in female philosophical thought 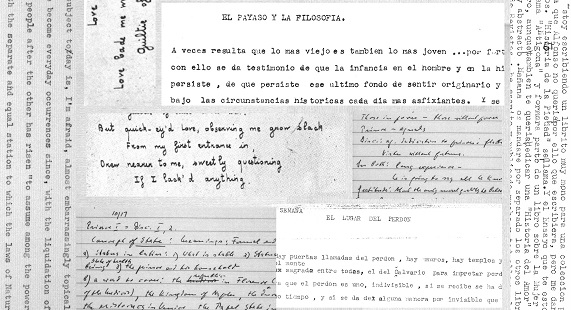 The project is a deepening in the research of previous projects, the objective of which was to determine the features of women’s original contribution to 20th-century philosophy and to study the “discipleship” relationship which bonded them to their mentors, and, at the same time, it is the opening of a new line of work on the theory and praxis of transmission. The present project analyses the place held by the concern for transmission in female philosophical thought, and in what specific ways 20th-century women thinkers handed on their knowledge. The initial hypothesis is that precisely since, being women, they had to face the risk of no-transmission, these philosophers were more intent on relaying inherited knowledge and their own thought. Likewise, they display a deep concern for the political and social implications of knowledge and pay special attention to the educational task, which they renew by looking for new languages and innovative forms of communication. This is precisely why their lesser studied creations –educational, informative, and literary texts– which tend to be considered marginal, provide a privileged standpoint from which to consider their particular relationship with the concept and the practice of transmitting philosophical knowledge. The project also seeks to reflect on transmission within the context of current debates on the demise of tradition and the value of the humanities.

In 2018, building upon the work done by TRAFILO, the group applied for a renovation of the project under the title "Vulnerability in female philosophical thought. Contribution to the debate on present emergencies". This project will further research into the subject of violence and vulnerability in the previously studied philosophers. Two approaches have been proposed to achieve this aim: firstly, to confront the ideas of these philosophers with the current debates on contemporary manifestations of violence and vulnerability; secondly, to trace a historical-philosophical genesis of the idea of fragility and vulnerability and their resignification. This project poses for the first time the challenge of a direct approximation of feminine philosophical thought to professional and political sectors such as public health, and, for this purpose, includes professionals of these sectors in its team.