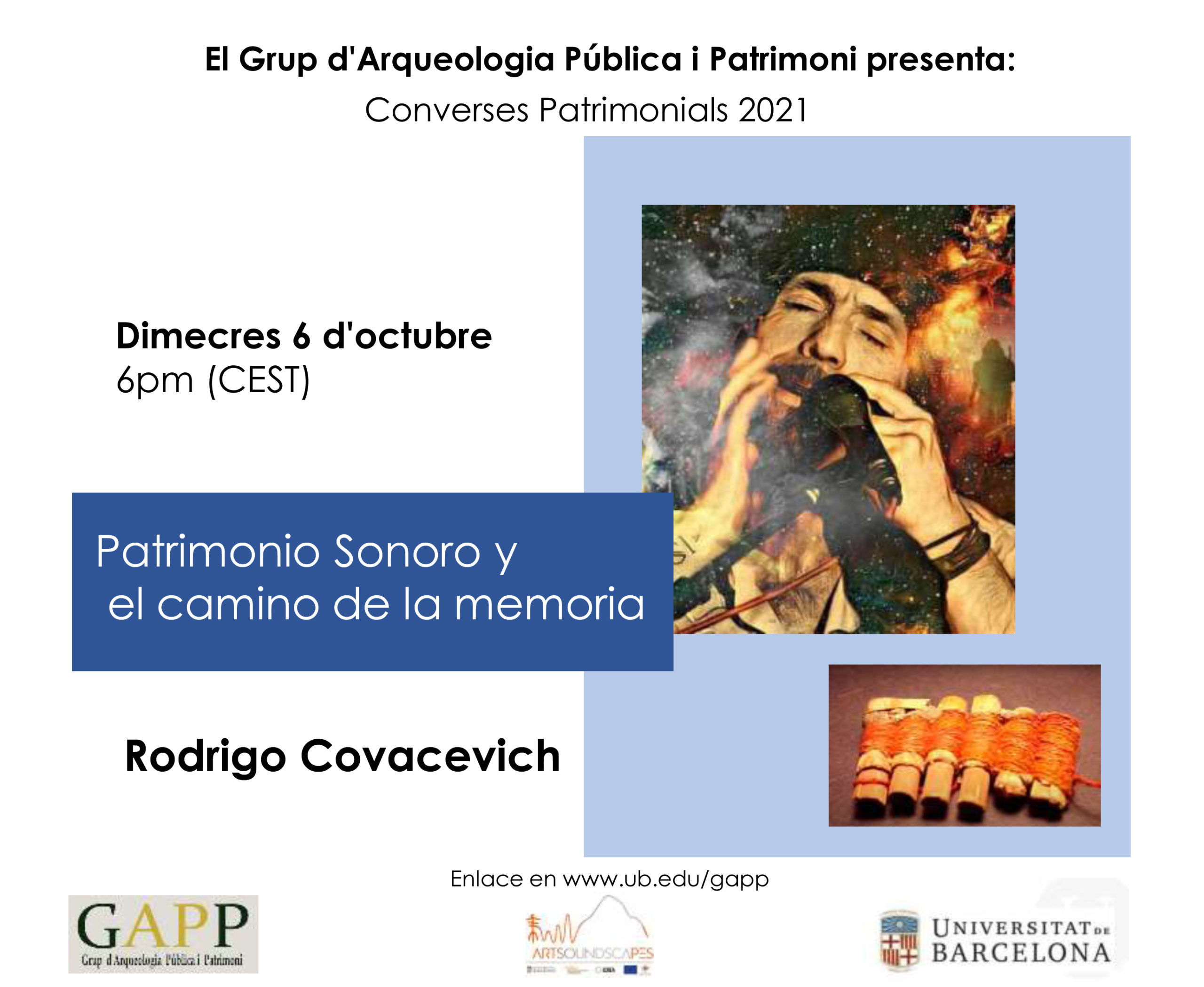 People’s memory is collective. Ethno/archaeo-musicology and oral tradition help us to study and reenact through clay the ancient pottery made by women and men, who gave shape and sound to the ancestral cosmo-vision. This exercise implies recognizing a language and a dialogue suspended in time to activate memory, not as spectators, but as part of otherness.

Musician and Ethnomusicologist. Creator of the School of Ancestral Sounds and Coordinator of the Rakin Mapu Museum. He studied musical composition at the SCD Institute in Santiago de Chile. His research is related to pre-Columbian instrumental and musical heritage In several South American countries. His audiobook «Sounds and Harmonies of Pumapungo» recovers the sounds of the musical instruments of the pre-Hispanic cultures of Ecuador. Few years aso, Rodrigo devoped a sounds museography for the archaeological area of the Pumapungo Museum in Cuenca, Ecuador, and the itinerant audio-photographic exhibit so called «Ethnicities: the sounds of memory», which was exhibited in Chile, Ecuador and France. The exhibit focused on the original sounds of archaeological instruments of America. As a sound artist, he has made several works related to soundscapes linked to history and memory. Recently, he has done the musical research and part of the composition for the last show of the acclaimed dancer Pina Baush called «as the Musguito en la Piedra». Currently, Rodrigo teaches courses on ethnomusicology and continues to develop research related to pre-Hispanic sonorities.