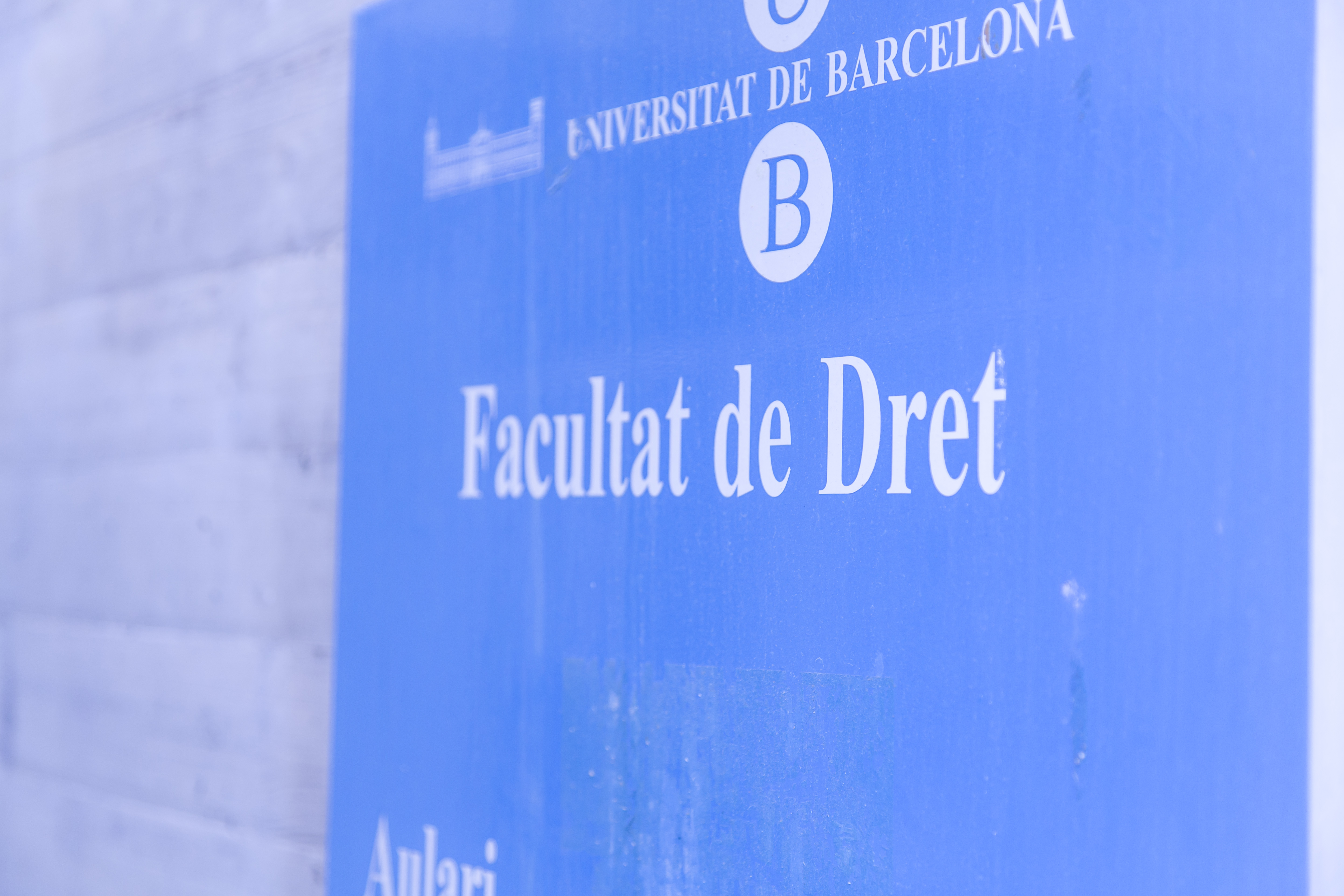 The history of the Faculty of Law at the University of Barcelona (UB) is closely bound to the history of the UB itself and to the history of Catalan society, institutions and businesses, which it aims to serve. From the time of its founding in 1450, when King Alphonse the Magnanimous granted a charter for the establishment of the Studium Generale, the institution that would become the UB as we know it today offered legal studies in common and civil law and in the canon law of the Church. These studies, which took place in a host of locations as the city grew, quickly attracted the interest of Barcelona’s upper classes, with a view to undertaking legal activities in the courts, in public and academic institutions, and in relation to the counsel provided to rulers. In 1717, as a consequence of Catalonia’s backing of Archduke Charles in the War of Spanish Succession, the Studium Generale was shut and transferred to Cervera, and it did not return to Barcelona until 1842.

As part of this new phase, the Moyano Plan (RD 17/09/1845) added administration as a third branch of legal studies. Shortly afterward, the Law of 19 September 1857 became the first to use the name Faculty of Law to refer to our centre. The year 1874 saw the opening of the University building, designed by the architect Elies Rogent. The Historic Building, as it is now known, was constructed in Plaça de la Universitat, and housed all of the institution’s faculties and courses, thus making it home to the Faculty of Law. The background of industrial development and the growth of the bourgeoisie – the emerging social class that enjoyed the privileges of a new perspective on property law – led to a profound transformation of the prevailing legal framework. In 1928, the Callejo Plan set the length of the degree at five years and abolished “cultural” subjects, with the result that only Economics remained as a non-legal subject area.

After the Spanish Civil War, the decrees of 1944 and, especially, the Curriculum of 1953 set out the contents and teaching methodology required for the training of several generations of Catalan jurists. In the late nineteen-eighties and early nineteen-nineties, the educational offering at the Faculty of Law underwent a two-pronged transformation. On one hand, the nearly forty-year-old Curriculum of 1953 was overhauled and a new curriculum was approved in 1992. The degree was broken into two cycles over five years, including compulsory and optional subject areas as well as free-elective credits. On the other hand, new first and second-cycle studies were brought under the umbrella of the Faculty. In addition to the llicenciatura degree in Law, these included second-cycle llicenciatura degrees in Political Science and in Labour Sciences, diplomatura courses in Public Management and Administration and in Labour Relations, and UB-specific degrees in Criminology and Criminal Justice Policy and in Private Investigation. The expansion of the UB’s offering also featured a broad array of third-cycle studies, including postgraduate courses overseen by departments in the Faculty, as well as the doctoral programme in Law and Political Science, which continues to this day and pursues a wide range of lines of research.

Today, the llicenciatura degrees and diplomatura courses are being phased out and replaced by the EHEA bachelor’s degrees in Law, Labour Relations, Criminology, Political and Administrative Sciences, and Public Management and Administration, which are all adapted to the requirements of the European Higher Education Area. The UB is also expanding its offering of university master’s degree courses both to train professionals and to support research activities.

The present-day Faculty of Law, which stands on the Avinguda Diagonal, was built in 1958, becoming the first recipient of the FAD architectural prize, which was introduced in the same year. At the time, the Faculty had ten classrooms and some 200 students. Twenty years later, the number of incoming students had shot up by a factor of ten. However, the Faculty did not acquire more space until the academic year 1982-1983 academic year, when it added the former Ilerdense hall of residence. A third building (Tomás y Valiente) was opened in February 1996 in response to growing enrolment figures, which peaked at 13,000 in the early nineteen-nineties and have since levelled off at around 8,000, and to accommodate the implementation of new degree courses. Even with these improvements, however, the shortage of space has left a number of affiliated departments unable to give classes within the Faculty. For this reason, and to reduce class sizes in line with EHEA directives, a project is now underway to construct a new building that will bring the students of all departments together within the Faculty’s own installations.