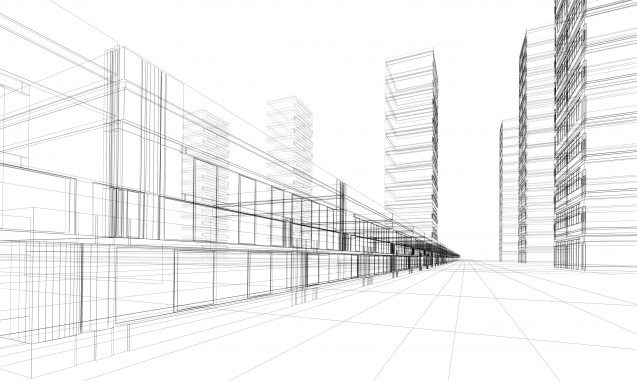 The clinical stage biopharmaceutical company Oryzon specializes in genomics, proteomics and bioinformatics, offering innovative solutions for the diagnosis and treatment of cancer-related illnesses and neurodegenerative diseases. The company was launched in 2000, inspired by the conviction that knowledge could be transformed into something tangible. The University of Barcelona, the Bosch i Gimpera Foundation and the Spanish National Research Council helped Oryzon’s founders, Carlos Buesa and Tamara Maes, to develop a business plan which originally located the company in Barcelona’s Science Park. Today Oryzon has its own headquarters and is one of the biggest biotech ventures in both Spain and Portugal. A benchmark institution for epigenetics in Europe, Oryzon has just opened a branch in the United States. Its history clearly demonstrates that industry can benefit from and capitalize on the results of research.

The university institution as an incubator for business: spin-off companies

Spin-offs are companies created for the exploitation of products or services that are developed using knowledge or technologies generated by academic research. University spin-offs normally emerge as the initiative of researchers who put their entrepreneurial abilities to work by marketing their ideas with the assessment and, if necessary, the participation of their parent institution. The university can participate in many ways but is normally most present in the spin-off’s early stages, negotiating licences, contracts and agreements, developing business plans, looking for financial resources for the spin off, providing it with installations and state of the art scientific equipment and also hosting the company in its own institutional setting, which favours the company’s development. In exchange, the university itself receives the payment of a fee or takes a share in the spin-off’s profits or sales. On certain occasions, it agrees to reserve facilities to oversee the efficient use of the technology or knowledge generated by the spin-off or even becomes a shareholder.

The association between spin-offs and university institutions is invariably of mutual benefit. For the spin-off, the university opens the doors to technological resources and first-level knowledge so that it can acquire greater visibility; and greater visibility improves the spin-off’s company image and gives its services or knowledge the value they need to attract investors. For the university, supporting the spin-off consolidates and reaffirms one of its main objectives, which is the promotion of knowledge transfer. In practical terms, it also means valuable income that can be reinvested in research and access to the labour market for the researchers the university itself has trained. Finally, the promotion of strategic scientific areas also contributes to a country’s regional development. Catalonia, for example, has become a leading biotechnological region thanks to the contribution of its business network and the research institutions that work there. The cooperation between business and academia constitutes a wellspring of possibilities, generating employment and quality products and services which, in the final analysis, benefit society as a whole.

Bioentrepreneurship: a new model in times of crisis

Today, the biotechnology sector has demonstrated its particular expertise in exploiting knowledge transfer and is one of the main arenas in which ideas are transformed into value-added products and services. Because these products and services are offered in the life sciences they are of direct benefit to society’s wellbeing; but biotechnology companies are also becoming increasingly competitive concerns whose considerable financial power is in part the result of the increase in the population, especially the ageing population.

It hasn’t always been this easy, however. Many of today’s spin-offs were originally created in the critical moments of the dot-com bubble just before the turn of the century, which makes the average company between twelve and fifteen years old. But that period was especially difficult for high risk businesses, and biotech ventures are more high-risk than most, given that they require substantial levels of investment for long-term periods before backers see any returns. For this reason, financial backing for these companies came and still comes not only from public sector funding but also from informal investors or business angels and from venture capital firms. And in contrast to the traditional investors, these backers usually inject funds into businesses which are still at the creation or expansion stage and which do not operate in finance or the stock market. They may also decide to offer the spin-off assessment and support in management.

In this respect, Oryzon is a success story which also provides an object lesson in overcoming difficulties and securing that valuable coalition between the public and private sectors: when the financial crisis drove one venture capital firm to withdraw from the Oryzon project, the Government of Catalonia’s Centre for Business Innovation  and Development helped the project look to other quarters and Oryzon was able to weather the storm with backing from family members, friends and small investors. It then obtained financial aid from the Ministry of Science and Innovation through the Neoteci programme and was finally able to expand its capital with the entry of the venture capital firm Najeti. Recently, the company signed an epigenetics pact with the multinational pharmaceutical company Roche to develop an epigenetic drug for treating leukemia. In an initial research period of the agreement, Roche will be paying an up-front sum of 15 million euros while other milestone payments could hike that figure into the hundreds of millions if the drug sells successfully. On the other hand, however, because of the calendar constraints implicit in drug approval procedures, the company may also make six-figure profits this year but hardly any next year.

The returns on biotech investment are usually high but not very constant; and because investment tends to be long-term, this can complicate a company’s viability.  Furthermore, today’s fast-moving, short-term oriented society may not always be willing to give science the time margins it needs. But in some quarters there is still an understanding that today’s investments can become tomorrow’s returns; and that is why biotechnology has flourished in recent years, even while scientific production continues to be superior to the number of patents, capital and employment that would need to be generated if a country’s competitiveness truly corresponded to its potential talent. Behind these initiatives, however, there still needs to be a solid knowledge base, research still needs time to season in an academic setting and the spin-offs still need to be marketed with entrepreneurial skill and an understanding of what properly constitutes business opportunities. Under these circumstances, the spin-off can provide a clear example of how human and economic resources can be invested in research to benefit society and improve the quality of our lives. And the biotech spin-off is an especially good example, demonstrating that the allegiance between academia and industry can be both viable and profitable, if the interests of the two are properly aligned.