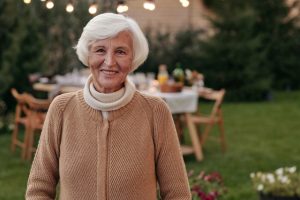 Elderly people who spend the last years of their life in a rural environment claim that they feel better and have fewer limitations in activities of daily living than those who live in cities. According to the recent study When I Retire, I’ll Move Out of the City’: Mental Well-being of the Elderly in Rural vs. Urban Settings by the Riskcenter and the UB School of Economics researcher, Manuela Alcañiz and the AQR researcher and professor at the Universitat de Barcelona, Maria Carme Riera i Prunera, elderly people living in rural areas have more social contacts and sleep more hours per day on average.

Co-authored by the researcher and professor at the University Pompeu Fabra, Aïda Solé-Auró, this article recently published in the scientific journal International Journal of Environmental Research and Public Health, focuses on how living in an urban environment affects people’s mental health. The authors used a score of current mental well-being using the Short Warwick-Edinburgh Mental Well-being Scale (SWEMWBS).

“Calculated by nationally representative survey data for Catalonia (Spain) from 2015 to 2017 to explain the mental well-being of the population aged 65 years and over, the results showed that the risk of having low levels of emotional well-being doubles in an urban environment compared to a rural environment. A risk that increases by 44% when the person lives in a semi-rural environment”, the authors added.

According to the authors, the survey data do not allow to determine why is there a greater decline in the well-being of the elderly living in urban areas. UB researchers, Manuela Alcañiz and Maria Carme Riera i Prunera, explain that according to other studies, “cities and densely populated areas tend to be associated with noise, agitation, stress and anxiety, so people living in them are more exposed to risk of poor mental health”. In contrast, “rural areas can be quiet and peaceful, which is why adults approaching retirement express a desire to move out of the city”.

In addition, Alcañiz and Riera have warned that other studies “emphasize the negative impact of living isolated in rural communities, and the stigma residents may be subject to when seeking help to treat their mental health problems, given that communities are small and social networks do not favour privacy”.