Monograph on mitigation of bird electrocution 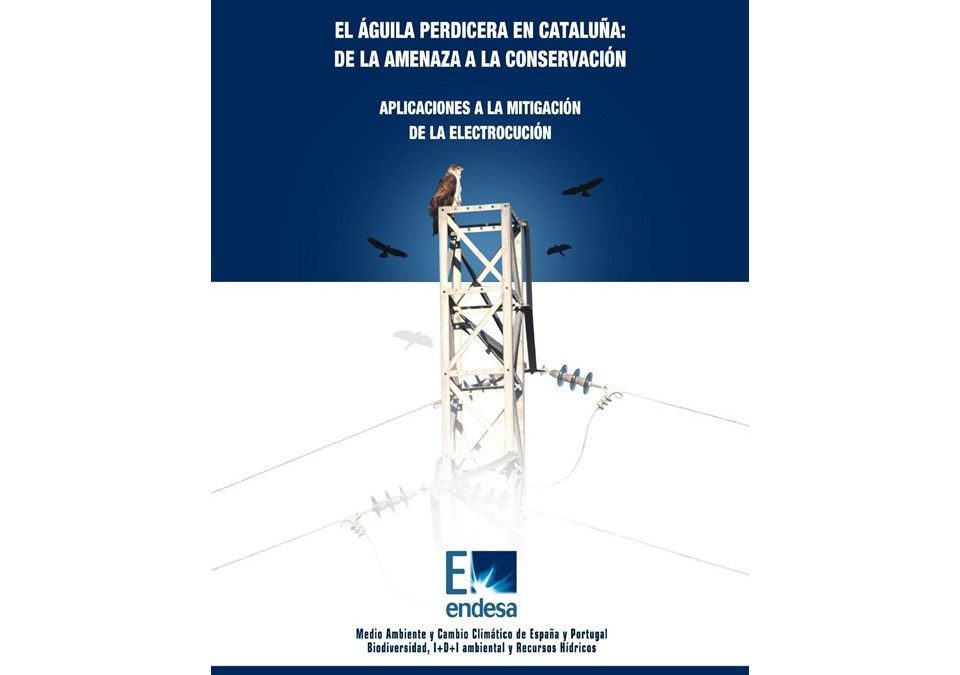 The Conservation Biology Group is pleased to present you the publication ‘El águila perdicera en Cataluña: de la amenaza a la conservación’ edited in collaboration with the electricity company Endesa, available to download: pdf (in Spanish)

The publication describes the results obtained from 1980 to 2014 thanks to the agreements signed by the Conservation Biology Group, the Barcelona Provincial Council, the company Endesa and the Miguel Torres S. A., and the projects funded by the Spanish ministries of Education and Science and Innovation.

In this publication results obtained are presented, consisting on the monitoring the Catalan population of Bonelli’s eagle during three decades, the analysis of the main demographic parameters, the population viability analysis and the main factors involved in its conservation. On the other hand, it sets out in detail the protocol to mitigate bird electrocution in power lines and the concrete actions undertaken with the aim that could be a model to solve this problem not only in Catalonia but also in other regions and with other endangered species.