Birds as indicators of best practices in Mediterranean vineyards

Vineyards are some of the most common crops in Mediterranean landscapes. However, the agriculture intensification has caused a loss of biodiversity and a decline of many farmland bird populations, which are also negatively affected by climate change. At the same time, organic farming, which has been shown to enhance biodiversity, is increasingly being put into practice in European vineyards because of a strong demand for wine which is produced using sustainable practices. This production system essentially consists of the non-use of toxic pesticides (particularly insecticides and herbicides) and synthetic fertilizers; therefore, in case of weed control is required, herbaceous cover is managed by mechanical mowing or soil tillage. Under this framework, we surveyed birds in 33 vineyards during the breeding season of 2014 and the wintering season of 2014/15, to test the effects of two common management options – organic vs. conventional farming and herbaceous cover vs. bare soil – on bird communities and, thus, to be able to make recommendations on the most sustainable and most beneficial practices for birds and biodiversity.

Results showed that organic farming had a positive effect on vineyard bird communities and, specifically, increased species richness and overall bird abundance; as well, this farming technique positively affected the abundances of both insectivorous species that may help control vineyard pests and species whose populations are declining due to climate change. The presence of inter-row herbaceous cover between vines also had positive effects on bird community parameters, specifically in spring and especially in organic vineyards, when herbaceous cover favours species richness and the abundance of insectivorous species.

This work, carried out thanks to the support from Miguel Torres S. A., confirms that organic farming in Mediterranean vineyards has positive effects on biodiversity. Winegrowers would also be benefited from this, since organic farming favours insectivorous species that help control vineyard pests, and there is a growing interest of consumers for wines produced using practices respectful with biodiversity and the environment. 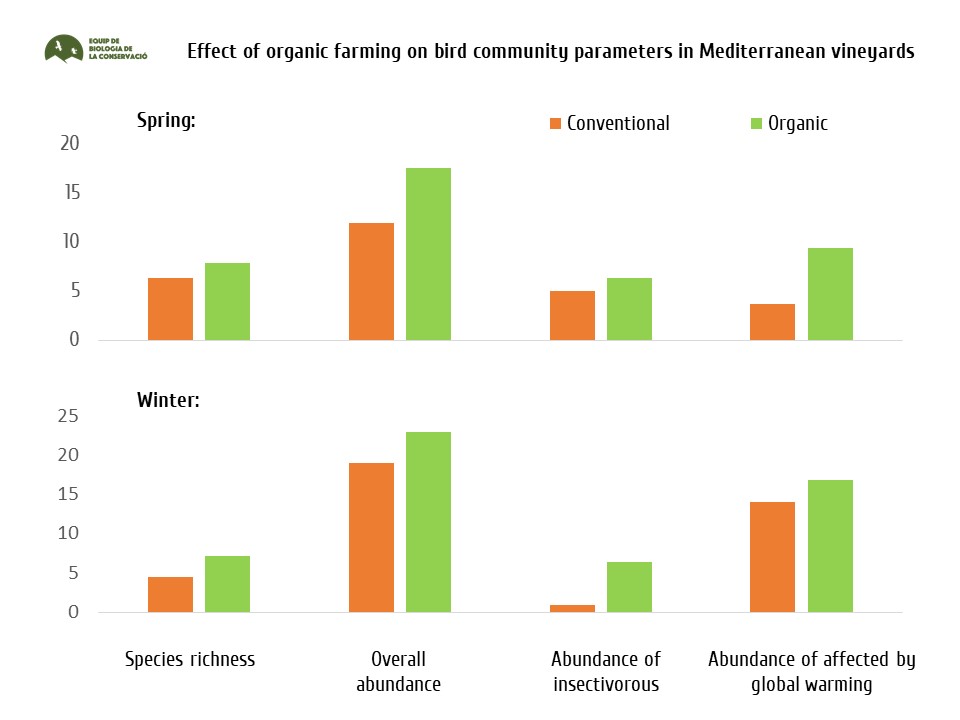 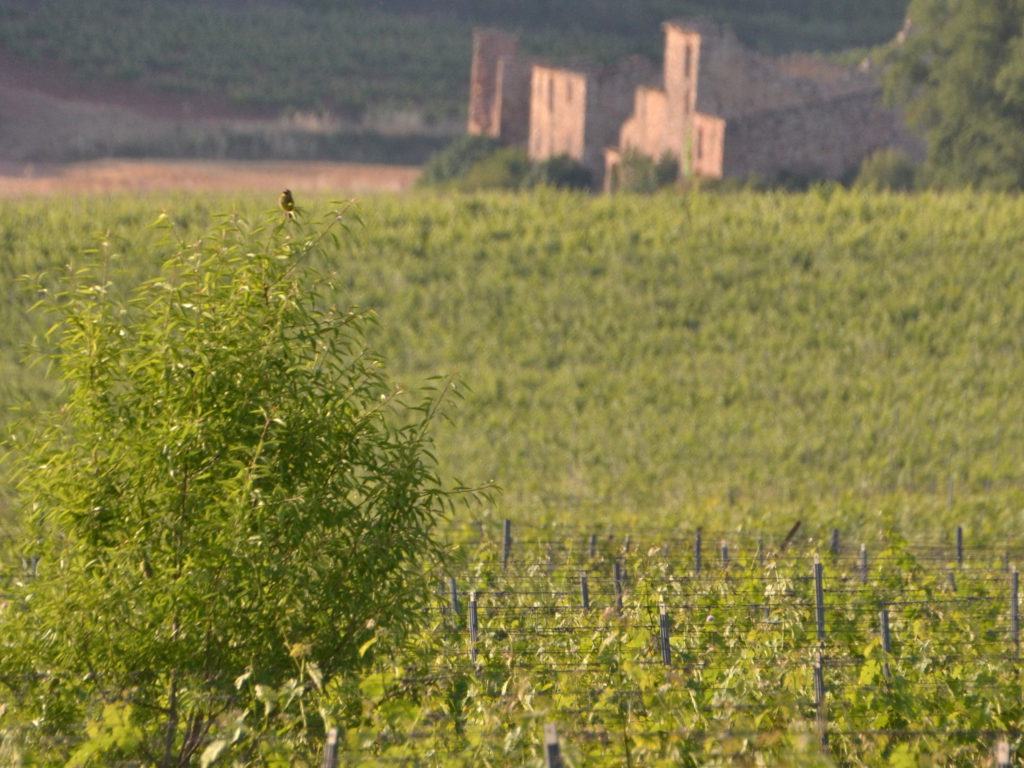 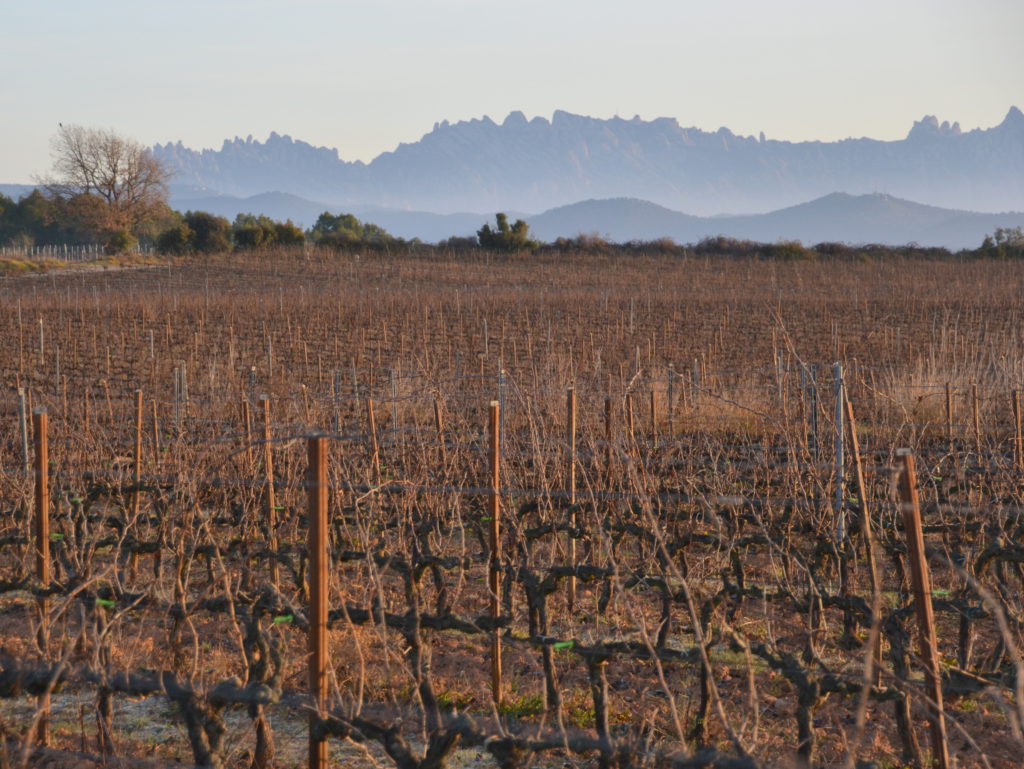