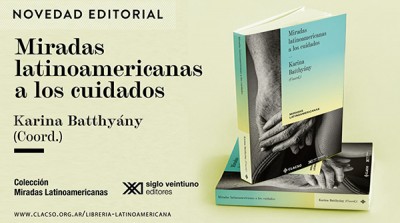 COPOLIS member Màrius Domínguez Amorós has just published the chapter Lessons learned in measuring time of care in the book entitled Latin American Views on Care coordinated by the President of the Latin American Council of Social Sciences (CLASCO), Karina Batthyány. The conceptualization of care in the Latin American and Caribbean region comes mainly from analyzes around the sexual division of labor, the reproductive system, and domestic work, notions that have their first approaches in Marxist and socialist feminism. Views in Latin America on care have also placed a strong emphasis on care as one of the central elements of an alternative and feminist economy but also as a key component of social welfare. The book presents a collective reflection on care as a concept in a continuous process of theoretical construction, around which numerous questions arise that remain around its definition and delimitation. At the same time, it brings care to work in a fertile field of research.