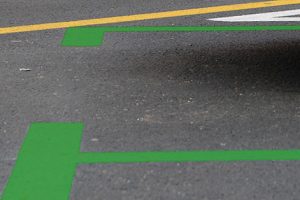 The introduction of paid curbside parking to reduce non-resident/visitor demand of parking spots increased neighborhood car-ownership levels in Barcelona. According to a recent study co-authored by the UB School of Economics researcher Daniel Albalate, the implementation of such parking policy raised car ownership by an average 11 cars per 1000 inhabitants. Furthermore, this effect is multiplied by more than fourfold five years after its initial implementation. The findings suggests that this parking policy has been welfare detrimental with respect to the intended policy impact, due to an unintentional effect.

Daniel Albalate, researcher at the UB School of Economics and deputy director at the Observatory for the Analysis and Evaluation of Public Policies (OAP), and Albert Gragera, researcher at the Technical University of Denmark researcher, are the co-authors of the article titled “The impact of curbside parking regulations on car ownership”. Recently published in the scientific journal Regional Science and Urban Economics, it focuses on the introduction of paid parking in a major European urban area such as Barcelona.

The authors advocate the elimination of parking subsidies in the form of resident permits. Parking permits and regulatory measures that ease parking conditions for residents are a subsidy that effectively lowers parking costs and offers incentives to increase car ownership levels. The results of the study suggest that the social cost of the implementation of such policies may have completely undermined the intended welfare gains derived from chasing out visitors’ parking.

From a political economy perspective, it might make sense for policymakers to give residents preferential treatment in order to maximize their welfare at the expense of visitors who, are responsible for congestion problems. In fact, acceptance of the implementation of curbside parking relied precisely on residents being granted preferential parking treatment. However, according to the authors, residents should bear the full cost of owning a vehicle –including those of parking– given its status as a scarce resource, even if moving in this direction might be politically challenging.

The authors believe that the introduction of so-called parking benefit districts might prove to be a sounder political strategy as it should serve to overcome resident opposition. Parking benefit districts are defined geographic areas in which the parking revenues raised are reinvested back into the district for a wide range of improvements, allowing residents to enjoy the benefits of paid parking implementation while avoiding distortionary effects.