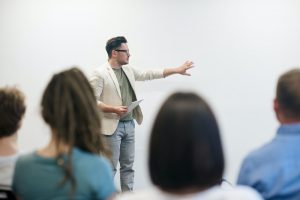 The OECD “Gender Inclusive Competition Policy” call has been launched with the support of the Canadian Competition Bureau and saw the participation of 61 projects from institutions and companies from several countries. The selected project, titled “Gender bias in cartel engagement. The role of gender in management boards and how to take the role of gender into account when designing competition law enforcement”, was chosen together with other six projects, and will explore the link between board diversity and collusion for past Spanish and EU cartel cases.

The research project will examine the gender bias in the creation and participation in cartels, which are conspiracies against consumers to harm them in the form of excessive prices and worse conditions than those that would result in a competitive market. In addition, they should also make proposals on how to take into account the role of gender in management boards and when designing competition law enforcement. The project will also consider whether there are ways to improve cartel enforcement in light of the insights that it provides.

This exceptional achievement is a recognition of the work done so far and will be a boost for their research, which will benefit from financial support from the OECD.

The selection involves a series of commitments regarding the presentation and delivery of results in accordance with a schedule that will kick off with a seminar on February 2021 and will lead to the development of tools and guidelines for the Canadian Competition Authority and any interested competition authorities.