Orís, a young Egyptian vulture rescued exhausted, rehabilitated and returned to the wild 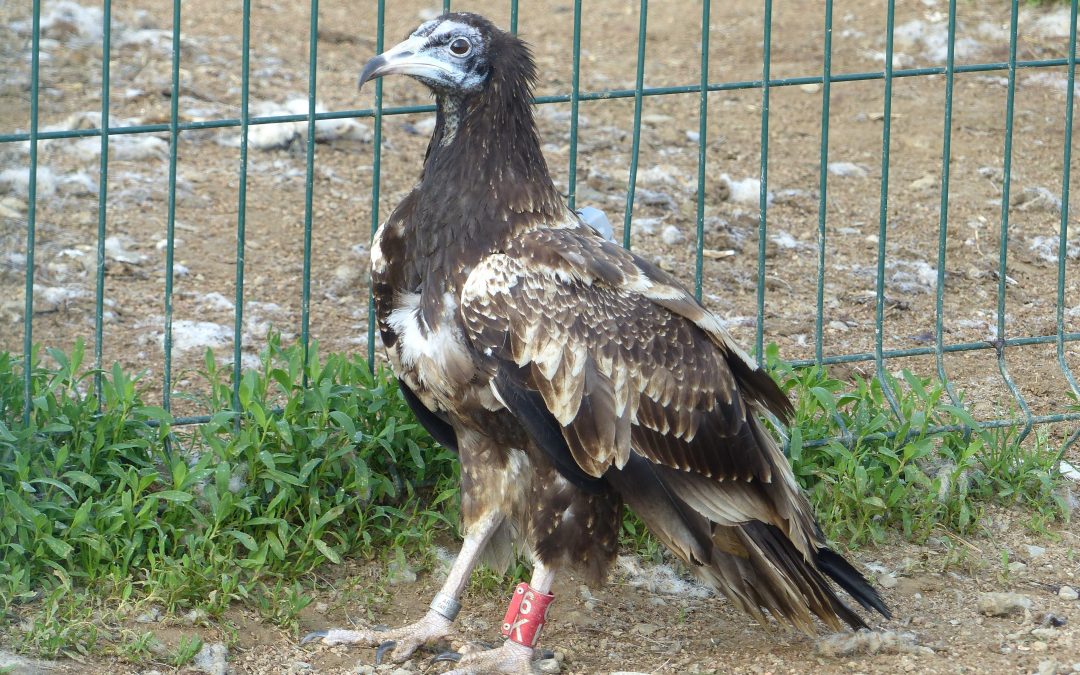 On the 5th September 2017 the Catalan Wildlife Rangers found an exhausted young Egyptian vulture in the Ripollès county who had recently abandoned the nest. This nestling called Orís, had been ringed the 19th July by the Conservation Biology Group of the University of Barcelona (CBG-UB) within a project for monitoring the Egyptian vulture population in Catalonia, being the one of the two nestlings of the same nest.

Orís vas quickly taken to the Torreferrussa Wildlife Rehabilitation Centre, managed by the Generalitat de Catalunya, where it was admitted with a very bad condition. After receiving urgent treatment and overcoming the malnutrition suffered, the nestling was still not able to fly so it was kept in a big cage to let it exercise its wings. In November, once it was recovered, Orís could be released to the wild. However, since Egyptian vultures were already gone to Africa and there were no guaranties that it could adapt to the wild, members of the rehabilitation centre and researchers decided to keep him in a big cage until the following spring, when other Egyptian vultures would be back again. Thus, Orís remained in a cage, although it had excellent professionals that took care of it, until March 2018 when arrived the first Egyptian vultures from Africa.  Following knowledge and advice from Grup d’Anellament de Calldetenes, we all agreed to realised Orís in an area where many Egyptian vultures are seen and where food is regularly left by this Group. There, Orís was left few days to allow its acclimatization to that new environment. On the 23rd April, after examining its health and taking some body measures, García Matarranz, technician from the Ministerio de Agricultura y Pesca, Alimentación y Medio Ambiente (MAPAMA), fitted a GPS emitter to this individual. This emitter would allow tracking its movements with a high accuracy in the framework of a research project carried out by the CBG-UB, as well as Red Eléctrica de España – S.A.U. and Fundació Catalunya La Pedrera among other organisations. After few days in an acclimatization cage, the door cage was opened to let it fly away. Once opened, Orís walked out and carried out a short flight (see the video), it was immediately chased by other Egyptian vultures which probably considered it a competitor, and it disappeared after that.

Thanks to the GPS emitter, the day after the researchers found Orís just 1000 m away from the realising point. In fact, Orís remained there day after day. However, when no signals were received from the emitter, researchers decided to find it using a terrestrial VHF receiver. It was finally found in a field surrounded by cows; it was alive! The researchers still did not know if Orís had good health condition, but when they got closer, it flew away with a nice flight. A close look showed that Orís was probably feeding on cow faeces, quite a common source of food for the species, since it provides vitamins and other nutrients. Given that situation, researchers decided to provide it some bones and meat. Fortunately, the researchers received signals from the GPS emitter again, in the same point where they left the supplementary food and other Egyptian vultures were found. Now, we will see if Orís is able to search food by itself and which are its movements and adventures during the following months. We will keep you informed! 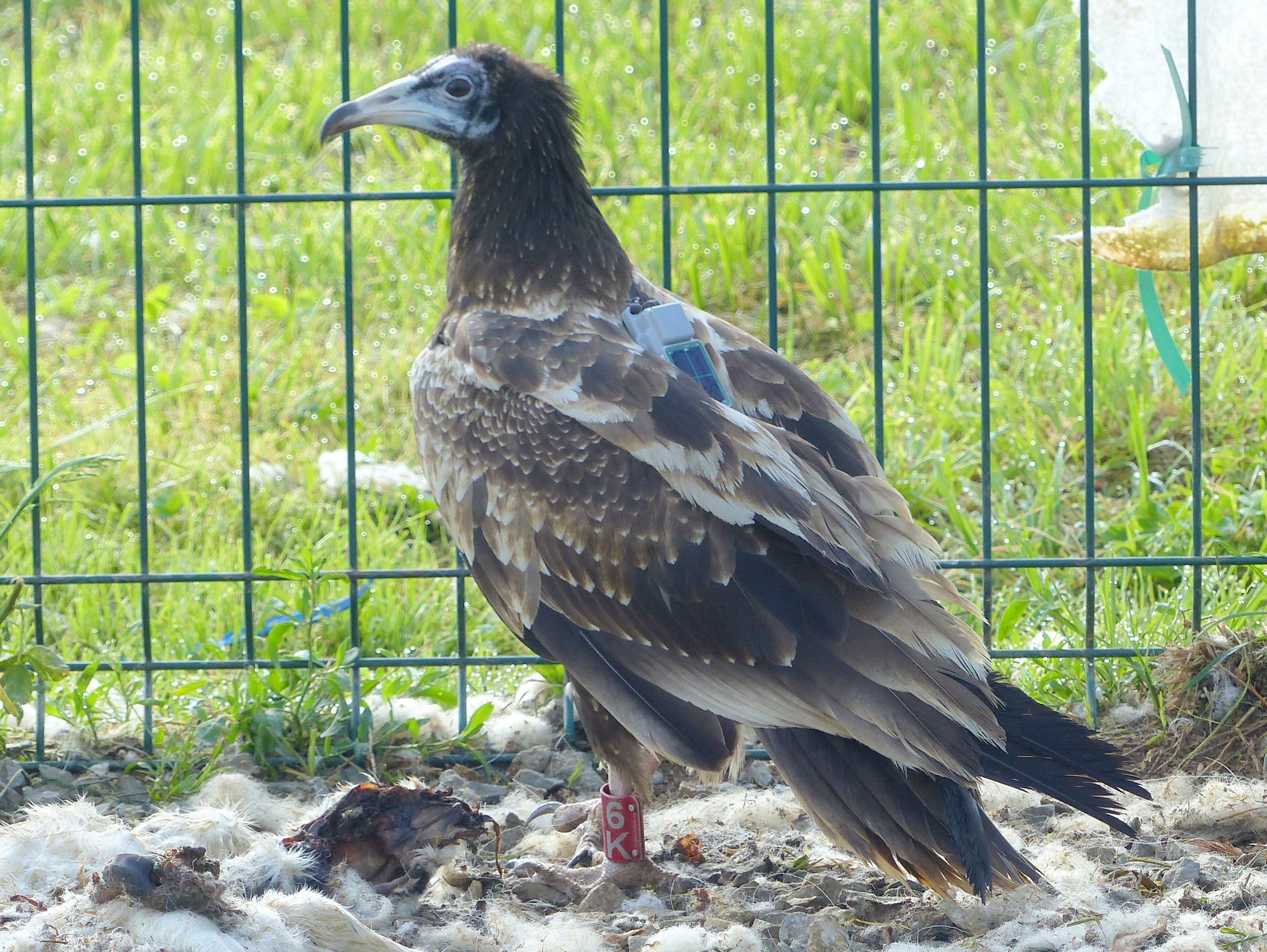