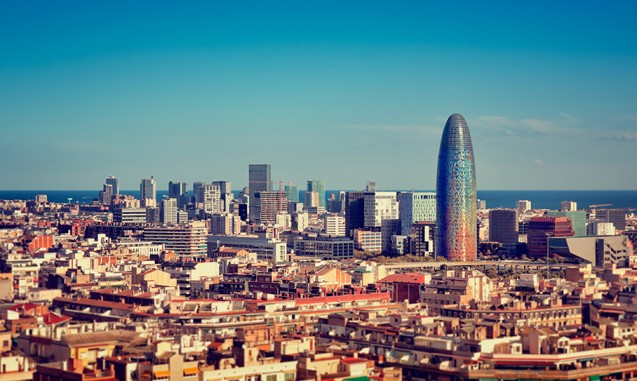 The world is ageing and, at the same time, becoming more urbanized. More than half of the world population already live in a city, and forecasts show that by 2030 at least one in every three people will be a city dweller. These two unstoppable trends are interrelated – as cities grow, the proportion of old people who inhabit them increases ­– and together comprise a new challenge for humanity: to learn how to adapt urban environments to the coming demographic change.

The World Health Organization (WHO) highlighted this situation years ago, and in response founded the Global Network of Age-Friendly Cities and Communities (GNAFCC). The project was presented during the International Association of Gerontology and Geriatrics’ (IAGG) Eighteenth World Congress of Gerontology, held in Rio de Janeiro in June 2005. An age-friendly city would be one in which the specific needs of elderly people are considered, in order to alleviate the physical and metal decline associated with ageing, and to take advantage of elderly people’s potential for the community.

Various working groups agreed to document the characteristics of their municipalities, to detect good and bad practices that would help to define what the ideal age-friendly city would be like. Participants in this research process included governments, carers, service providers and, above all, people over 65, who had to describe the factors that helped and hindered them in their daily life. On the basis of an evaluation of the results, action plans were drawn up to resolve the identified problems and thus to create municipalities that are truly accessible, inclusive and safe for the elderly.

On the occasion of the International Day of Older Persons in 2007, the WHO published Global age-friendly cities: a guide, which presents the conclusions of the study of 33 municipalities in 22 countries. The document provides checklists of the main characteristics that cities must have to be considered age-friendly, including social, health, urban planning, economic and cultural aspects, among others. Measures are recommended for, for example, ensuring the safety of inhabitants, facilitating their mobility by removing obstacles from public streets, promoting transport on foot and fostering social integration.

Active ageing as a framework

The case of Barcelona

Elderly people already comprise a fifth of the population of Barcelona, which has a total of 1,619,839 inhabitants. The number of inhabitants over 65 has increased by 17% in the last two decades, and consequently the proportion of residents of advanced age has also risen. Therefore, Barcelona is following the trend found in large cities worldwide: it is an ageing city.

In anticipation of the potential problems that could arise, the Plenary Meeting of the Council of Senior Citizens of Barcelona proposed in 2009 that the City Council should join the initiative promoted by the WHO. Indeed, since March 2011, the municipality has been a member of the Global Network of Age-Friendly Cities and Communities. This has led to a series of measures and projects to make Barcelona a city that fosters the active and healthy ageing of its inhabitants.

“In the Year for Active Ageing, which was 2012, the municipality carried out over 900 activities related to this issue. In 2013, it continued in the districts to work on this plan, which had been launched in 2012. Finally, this area of action was consolidated in 2013 with the Municipal Plan for Older People, which formally set out all of the commitments that had been made”. Assumpció Roset is the Mayor’s Commissioner for Older People in Barcelona City Council.  She stresses that the processes has always been participative and open: “This is not a Plan created by the City Council in its offices for the inhabitants; instead it has been shaped by the people themselves. We received 17,000 proposals that we have transformed into 218 specific actions”.

One action that works effectively is the RADARS project, which is a system to prevent social isolation that functions with the support of a neighbourhood’s residents and tradespeople who voluntarily agree to alert social services when they find someone in a vulnerable situation. Ms. Roset highlights some of the rest of the projects, including “meals in company, to promote the socialization of the elderly at meal times; apartments with social services for people who can still live independently; or Activa’t als parcs, which is a programme to improve the physical state of people who meet to exercise together, under the supervision of an instructor”.

Currently, the City Council is working to identify projects that are significantly age-friendly and can be implemented in all neighbourhoods. It will start a new participative process that is open to all inhabitants to evaluate and continually improve the actions that are being undertaken. The initiative is based on the active participation of the elderly who must play the key role and be the driving force behind the changes needed in their environment.