Women Do Genre in Film and Television 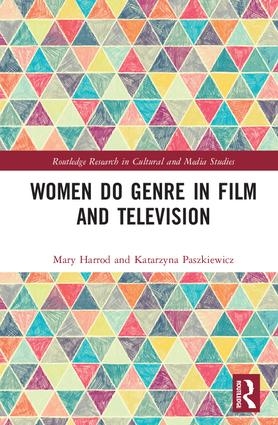 This volume examines how different generations of women work within the genericity of audio-visual storytelling not necessarily to ‘undo’ or ‘subvert’ popular formats, but to draw on their generative force. Recent examples of filmmakers and creative practitioners within and outside Hollywood remind us that women are in various ways authoring commercially and culturally impactful texts across a range of genres. Put simply, this volume asks: what do women who are creatively engaged with audio-visual industries do with genre and what does genre do with them? The contributors to the collection respond to this question from diverse perspectives and with different answers, spanning issues of direction, screenwriting, performance and audience address/reception.

I. Women's Authorship and Hollywood Genres    21

When the Woman Directs (a Horror Film), Katarzyna Paszkiewicz    41

Breaking the Boundaries of Bollywood: Women in a "Man's Industry", Sanghita Sen    121

A Hollywood of Our Own: Media Fandom as Female Artworld, Francesca Coppa    213