Italy was hit by a double dip recession after 2008 and a financial crisis that had public debt reaching 127% of GDP in 2012. Following state-of-the-art technocratic rescue models, loans and bank recapitalization were conditioned to austerity measures, pension reform and public sector cutbacks. Mainstream economic pundits acknowledge that Italy is “too big to fail”, but they also fear that it is “too big to save”. Indeed, the Italian economy is the third biggest in the Euro-zone with a historically strong and diversified industrial sector, driving many scholars to situate it within the core rather than the European periphery.

The industrial sector after the World War II, concentrated in the industrial triangle of Milan-Turin-Genoa. An early phase of export-led growth in a context of high unemployment, small internal consumer market and capital investment and low conflict was followed by an expansionary moment branded as the “economic miracle”. 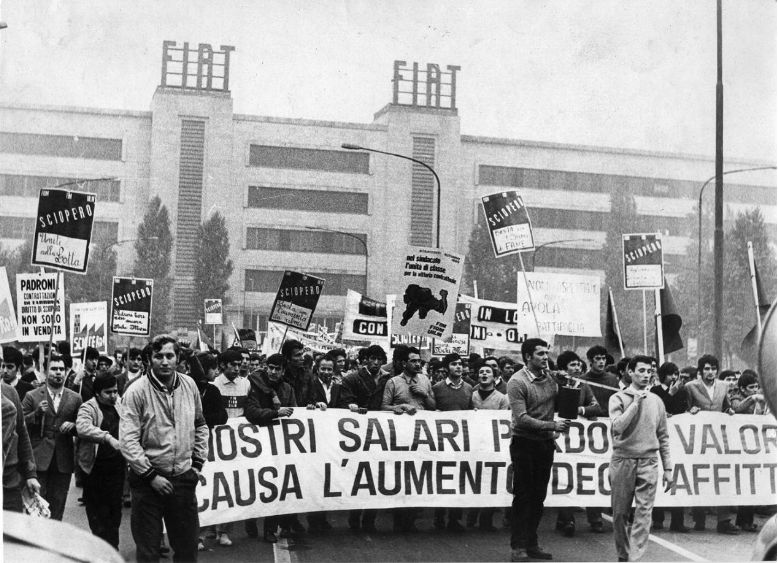 Export was favored by the founding of EEC in 1957 and labor was in demand, with the fordist industry absorbing unskilled labor from the rural exodus from the South. Workers became increasingly militant and confrontational during collective bargaining in the early 1960s and obtained important wage increases that, in turn, enabled internal mass consumption to take off. Inflation resulted and deflationary policies (high interest rates from the Bank of Italy in 1963) provoked a recession and again a bout of high unemployment. By the end of the 1960s demand of labor was again strong and workers’ strikes grew in number and intensity (the hot autumn / Autunno caldo). These struggles strengthened worker’s position, particularly those in the big fordist industries, and they achieved favorable legislation such as the Worker’s Charter.

During this period the relation between public and private firms and the state’s intervention in many aspects of the economy contributed to producing a differential development in the North and the South. After an initial period of gathering nationalized industries into state holdings run like private enterprises, in 1956 the government assumed direct control. In 1962 the energy industry was nationalized while Italian refineries became the main entry point of Middle Eastern oil into Europe, assuring the provision of cheap energy to industry but also making it extremely vulnerable to energy shocks. However, fear of nationalization, mistrust of government policies seeking to channel investment towards the South, and anxiety about competition with public enterprises, pushed capitalist to disinvest and capital to flight from Italy. Ironically, when the 1970s energy and overcapacity crises forced restructuring in the big industries, many of the southern, large public enterprises that resulted from the development model of industrial poles were fatally hit.

In the shop floor, workers committees in the 1960s often bypassed established trade union leadership a process that subsequently evolved in the 1970s into workplace councils set up by the unions to democratize their structure as they distanced themselves from political parties. At the same time, fractions of the PCI became disenchanted with its social democratic policies and proposed a return to more radical revolutionary positions while a wave of violent confrontational politics destabilized the political institutions “anni di piombi” (Lead Years). The “Historical compromise” of the Italian Communist Party to adopt a stance of institutional cooperation with the Christian Democrats and renounce revolutionary positions, resulted in a neo-corporatist agreement that expanded the welfare state and attempted to soften the blows of restructuring through employment-support policies and social services in exchange for wage moderation, labor flexibilization and increased productivity. But this social spending, with an inadequate taxation system and huge pockets of tax evasion, fuelled fiscal deficit and the rise of public debt which continued until the 1990s. The privatization of public assets that started in the 1990s was an attempt to solve this issue as much as a result of lender’s conditionalities and ideological conviction. 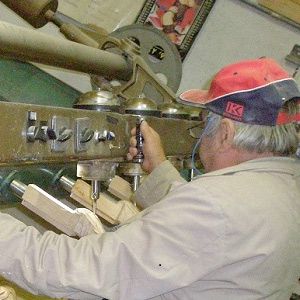 Despite growing deficit and debt, Italy’s economy took-off during the 1980s. This was due to the remarkable growth of the diffuse industrialization districts of the center and north east, the so-called Third Italy, in part a result of employers’ fragmenting and decentralizing strategies in the 1970s. This regional economy, supported by both red and white local governments and unions, is based on a dense flexible network of export-oriented small firms, specialized in a single field of production, mostly in traditional sectors like textile, leather, furniture, ceramics and garment. Their economic success, was allegedly based on their use of “social capital” and entrepreneurship, and compensated for the losses suffered in mass production. This system of decentralized and diffuse production districts was actually turned into a policy-model for economic recovery, often ignoring the hidden labor and over-exploitation in production chains. But it increasingly came under critique as its success became less obvious. As restructuring of the large public enterprises in th 1970s had devastating consequences for the South, economic disparities with the North increased during the 1980s and many regions remained dependent on remittances, the informal economy and public investments. Unemployment and stagnation were mostly addressed through redistributive welfare transfers and public sector employment, that helped sustain demand and domestic consumption.

The turn towards privatization, extensive labor deregulation and market liberalization since the 1990s, together with state rescaling (welfare decentralization and devolution), and the effects of the European monetary integration were thus unequally felt in the different regions. In order to make sense of the current crisis as it impacts in ordinary people’s livelihoods, its structural properties and long-run dynamics need to be taken into account, through the relational class and regional character of both accumulation and dispossession processes. 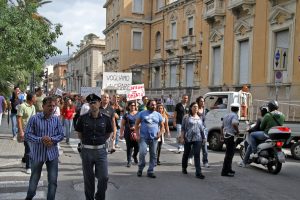 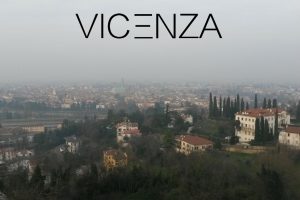 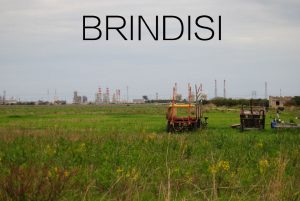