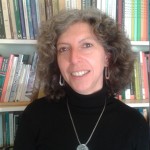 Antónia Pedroso de Lima graduated in Anthropology at ISCTE- University Institute of Lisbon (1987), has a MA in Urban Anthropology from Barcelona University (Tarragona, 1991) and a Ph.D. from ISCTE (University of Lisbon 2001). Professor at the Department of Anthropology at ISCTE since 1989, she is currently Vice-President of CRIA, the National Research Centre in Social Anthropology (Portugal) and member of the scientific Committee of Openedition (CNRS) and LusOpenedition (Lusophone Countries) and was member of the National Committee for the Intangible Heritage (Portuguese Ministry of Culture) 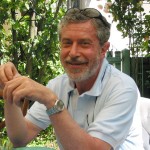 As a member of the European Team, Enzo conducted a research project in 1989 on “Underground Economy and Irregular Forms of Employment”. Later, from 1996 to 1998, he coordinated the Italian part of the EU Project “Evaluation of Social Policies against Social Exclusion at the Local Urban Level” (ESOPO). From 2002-2006, he was a member of the Supiot Commission on the future of work and Coordinator of the EU Research Training Network “Urban Europe Between Identity and Change” (URBEUROPE). Today, he coordinates the SUM (Istituto Italiano di Scienze Umane, Firenze) Bicocca Doctorate in Sociology and is the President of Doctorate School SCISS (Studi Comparativi e Internazionali in Scienze Sociali).

His main publications include Social Conflict and the City (1981), Beyond Employment, together with Nanneke Redclift (eds) (1985), Fragmented Societies (1991), Urban poverty and the Underclass (Ed) (1996), Sociologia della Vita Economica (1998), Il Lavoro, together with Enrico Pugliese (2010). His main fields of interest are poverty, social exclusion, informal sector, unemployment, economic and urban sociology. 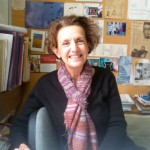 Dina Vaiou is Professor of Urban Analysis and Gender Studies in the Department of Urban and Regional Planning of the National Technical University of Athens (NTUA) and coordinator of the post-graduate program on Urban and Regional Planning. She has studied architecture in the NTUA, planning in the University of California Los Angeles (UCLA) (MA) and urban geography and planning in the University of London (PhD). Her research interests address the feminist critique of urban analysis, the changing features of local labour markets with special emphasis on women’s work and informalisation processes, the impact of mass migration on Southern European cities and of women’s migration in particular. She has coordinated several national and European projects (or the Greek part of such projects). Dina is member of the editorial board of the following journals: European Planning Studies, European Journal of Women’s Studies, Social and Cultural Geography, Geographies (in Greek). She has published books and numerous articles in Greece and abroad, including.  Relevant publications: (with Hadjimichalis, C.) With the sewing machine in the kitchen and the Poles in the fields. Cities, regions and informal work, Athens: Exandas (2003); “Informal cities? Women’s work and urban development on the margins of the European Union” (1997). 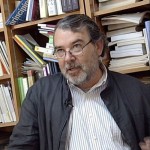 Josep-Antoni Ybarra holds a PhD in Economy from the Universidad de Alicante (Spain), where he is a professor in Political Economy since 1978. He has been a visiting professor at the universities of Bologna, Modena and Florence (Italy), Princeton and John Hopkins (USA), the Colegio de la Frontera Norte (México), and the École des Mines (Paris). He has worked extensively around topics related to the world of labor and the organization of small firms. He is an expert in informal economy, local development and industrial districts. Outside the academic sphere, he has been a consultant for the Spanish Agency for International Cooperation (Ministerio de Asuntos Exteriores) in issues of local and territorial development for Central America. Besides, he has participated in development programs (on issues such as industry, territory and labor) for institutions like the European Union, the ILO and the OECD). He is the author of “Industrial Districts in Spain” (2009) in Handbook of Industrial Districts, Becattini, G. et al. (Eds), Cheltenham: Edgard Elgar; La Méditerranée Economique (1992), Paris: Economica; “Las pymes en el desarrollo local valenciano” (2007), “La innovación en la industria valenciana” (2006), among others.