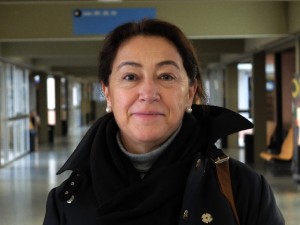 The UB Business School researcher Paloma Fernández has been awarded the Jaume Vicens Vives prize to the best book on Economic History of Spain and Latin America for her book Evolution of family Business. Continuity and change in Latin America and Spain (Edward Elgar Publishing), coedited with Andrea Lluch. The prize is awarded annually by the Spanish Economic History Association based on the scientific excellence and the contribution to the field of Economics History.

The book analyses the identity and evolution of the largest family business in Latin America and Spain and compares the relationship of families in business within their national economies, foreign capital, migration and politics. The authors of the book deny the existence of a Latin type of family capitalism and highlight diversity, and national and regional differences. Twenty academicians from twelve different countries have made contributions to this book. The book received the ex aequo award with The first export era revisited, edited by Sandra Kuntz-Ficker.

Paloma Fernández, lecturer of History of International Business and Family Business, focused her interest as researcher on the influence of personal networks in European companies during the transition from the early modern period to the late modern period, in several economic sectors (colonial trade, capital-investment industries) and two autonomic regions (Andalusia and Catalonia).

She has published articles and texts with a long-term view on the evolution and transformation of strategies belonging to Spanish family businesses regarding issues such as gender role, training and education, and management professionalism, internationalisation, networks, and collective actions.

Paloma Fernández has twice been the winner of an ICREA Academia award, in 2008 and 2013. She is also coeditor of the journals Business History and Journal of Evolutionary Studies in Business.