“Entrepreneurialism”: The case of Vale do Ave (Portugal)

Joao is one of Carmen’s interlocutors, a former entrepreneur who has retired from the business just in time before “the wind changed” and people started to lose money. He  decided to become an organic farmer in order to “make up” for his immoral economic behaviour in the past. Joao is in his late 50s, the youngest of four children from a family of factory workers. At the age of 16, when he finished high school, he went to work in the firm of his father’s friend, with the stated objective of “desenrascar-se” (to sort myself out). What he meant by this, it transpired through the course of our interviews, was to be independent and self-reliant through running his own business; “not dependent on a wage, like my father”.

Introduced as a successful entrepreneur in a time when – quite obviously – not many can aspire to such a qualification, Joao seems flattered, and allows himself to give away some of his secrets about how do you make money with a proper “business spirit”: “the way it’s done is like this: you know the fruit on the tree, you know when it is ripe. As soon as the nut falls, you must be there, ready to grab it. Then you have it, it’s yours. But maybe just selling it on is not sufficient – you guard it (v guardar = to keep (safe)), waiting till other people don’t have it, you dry it maybe, so you can sell it for more. Maybe you even transform it, add sugar, make jam. That’s emprendedorismo (entrepreneurialism): knowing and doing (fazer e resolver).” This metaphor seems to represent a way of Doing business in the Vale do Ave, albeit not with fruit: It connotes spotting the opportune moment and seizing it when it arrives in order to make the best of it, but on the flipside it also indicates doing little to create such an opportune  moment by yourself. Applying this metaphor to Joao’ own success can illuminate this point: As the son of factory workers and from a family native to downtown Guimaraes, Joao had access to knowledge and connections with various branches of this industry from a very early age and was able to extend his skills by being an apprentice in his uncle’s enterprise before opening his own:  facts that he frequently draws on to underline his “knowledge of the terrain” (the location of the fruit tree). 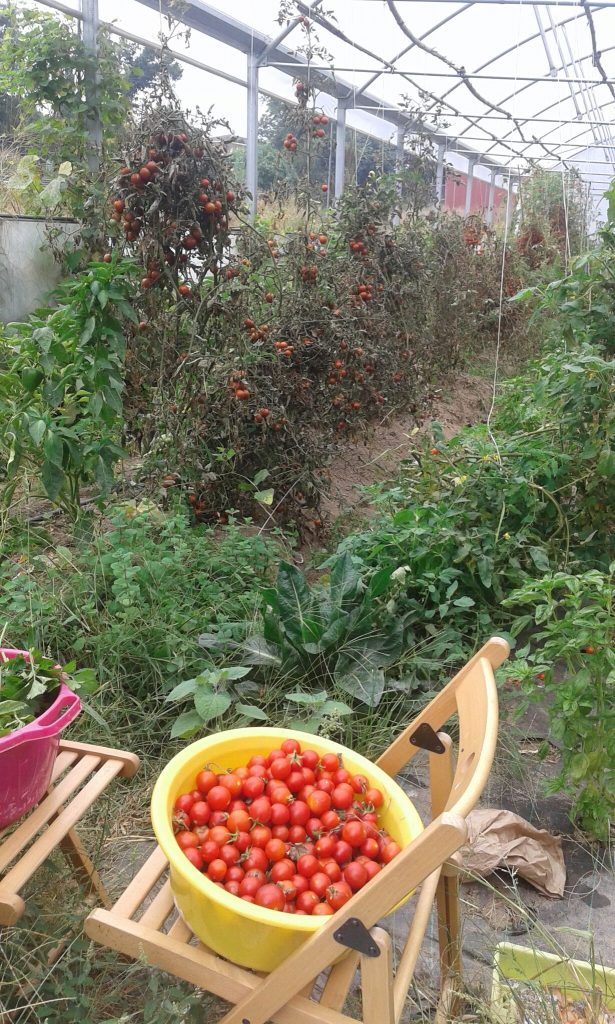 In Vale do Ave and with the consolidation of SMEs as a business model in the Golden Age of the 90s, both the popular distrust and discreditation of unions and social conflict became common sense not only institutionally, but also on the level of subjectivity.  Instituted in line with a focus on familial business relations and deeply vested, fierce competitions that seemed to override possible class interests, the autarchic and individualistic logic of descenrascar-se, also described by Joao above, came to assert itself into a notion of business with morally good, hard work, self-reliability and independence from interference as the core pillars. As both the labourers and owners in SMEs, entrepreneurs could not realistically expect anyone but themselves to protect them from the market forces. The bargain with capital they struck, to use Keynesian terms, was in favour of self exploitation and richness and with little regards for overarching class positions or structural inequalities. Today then, the social bargaining power of unions is factually non-existent, a fact underlined by a statement of the Syndicato Textil’s president (Franscico Viera) in which he asserted that “we can not negotiate a social wage for family members employed unofficially”.

With the end of the portuguese dictatorship and the left leaning outcome of the Carnation Revolution, there is a traceable increase in unionization throughout the country, notably in the red centres around Lisbon and the heavy industries of the south. Yet the revolution was dismantled and the Fordist dream of full-time, socially secure textile production in the Vale do Ave never materialized (Costa, 1982). Since in the north, the majority of production continued in changing, unstable workshops, moreover, with work routines changing frequently, unionization has not been well received. This was – at least in part –  because it has been seen to go against the individual interest of competition that structure SMEs organization, as well as the generalized mistrust/suspicion about doing business with someone who is not either a family member or a “friend”.  To most of Carmen’s informants, unions are then said to at best follow narrow, semi-private interests and belonging to one is a fact only hesitantly admitted to. The Sindicato Textil and others usually limit their activities to keeping social peace in the larger production sites, whereas the SMEs appear off their grid.