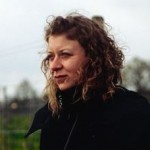 Olga Lafazani studied Economic and Regional Development in Panteion University, Athens and her MA was on Urban and Regional Planning in the department of Architecture, National Technical University of Athens. Since 2010 she was a PhD scholar in the programme “Heraclitus II”. Her PhD thesis on “Transnational Geographies of Migration: Negotiations of Borders and Boundaries” was completed in 2014, in the Department of Geography, Harokopio University.