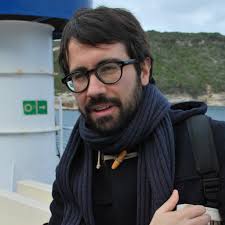 Antonio Maria Pusceddu studied Philosophy and Anthropology at the University of Cagliari and received a PhD in Anthropology from the University of Siena (2010). His previous work has dealt with the meanings, practices and ideologies of “developmentalist” discourse in southern Europe, for which he carried out field research in the highland border region of Epirus, in northern Greece. Investigating the new division of labour in relation to the inflow of Albanian migrants in the Greek countryside, he gradually broadened the focus of his research to include the study of borders and transnational mobility. In 2010-12 he engaged in a comparative research project supported by a grant of the Autonomous Region of Sardinia and the European Social Fund, studying cross-border mobility, ethnicity and the social and political dimensions of religion in the Greek-Albanian borderland. Later he became increasingly interested in deindustrialization, that he began investigating in the mining districts of southern Sardinia. In the present his research focuses on regional differentiation and social reproduction. More in particular, his field research in Brindisi looked at the interrelations between peoples’ livelihoods, strategies of social reproduction and common understandings of the economy and crisis. He is currently writing on these topics.