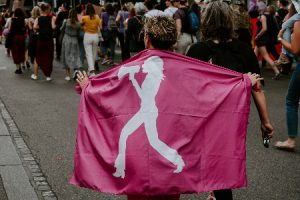 Equality between men and women has not yet been reached in Spain. However, the gender gap is wider in certain autonomous communities than in in others. The Spanish regions with greater gender inequality are Castile-La Mancha, Cantabria and Navarre. The regions with the least inequality are Asturias, Canary Islands and Balearic Islands. These are just some of the findings from a new study led by the UB Business School researcher Anna Maria Gil-Lafuente. Her colleague at the UB Business School Sefa Boria-Reverter also contributed to the research.

Ranking below the average Spanish gender gap we can also find The Rioja, Castile and Leon, Extremadura, Catalonia and Valencian Community. By contrast, Murcia, Basque Country, Aragon, Andalusia, Galicia, and Madrid can be found above the Spanish gender inequality index. This indicator measures the equality between men and women, taking as a reference a set of 25 variables classified into four dimensions: Education, Labour Market, Social Conditions and Empowerment.

The results of this study will allow institutions to establish and prioritise public and private initiatives aimed at reducing the gender gap. The final goal of this research is to establish a reference framework to estimate how gender equality benefits the regional economy, an issue that the authors will address in their next article. They also plan to analyse the causes of the inequalities and the differences between the different Spanish autonomous communities in the future. “Using cultural heritage as an excuse is no less than a form of mental laziness to put the breaks on achieving equality”, warned Anna Maria Gil-Lafuente.

The results of the education dimension are favourable to women in most of the autonomous communities. Only the cases of Cantabria, Castile-La Mancha and Navarre are unfavourable. However, imbalances can be found in the analysis of specific academic disciplines, such as technology. This dimension assesses the access of men and women to higher education, as a means to achieve higher economic levels, prestige, and empowerment in society.

The labour market dimension is one of the fields in which the inequality between men and women is more latent. All the autonomous communities have unfavourable results for women. However, the worst results are obtained in Extremadura and Castile-La Mancha. This dimension was analysed from the perspective of salary levels, working hours, job stability, self-employment and the volume of people who have managed to access a retirement pension.

The worst results were found in the analysis of the social conditions dimension, which assesses the options for the progress for men and women. The Principality of Asturias and Basque Country stand out as the most unbalanced autonomous regions. Above the average of Spain, we can find Castile-La Mancha, Canary Islands, Aragon, Andalusia, Extremadura, Balearic Islands, Murcia, Madrid and Cantabria.

The invisible barriers that women find to access positions of responsibility –known as glass ceilings– constitute the empowerment dimension. Cantabria and Murcia are the least and most balanced regions, respectively. In addition to Murcia, the following communities stand out above the Spanish average: Principality of Asturias, Basque Country, Canary Islands, Navarre, Extremadura, Balearic Islands, Andalusia, Aragon and Valencian Community.