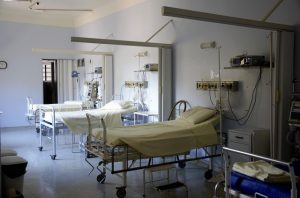 A recent study co-authored by UB Business School researcher Dr. Mercè Mach has confirmed the effect of work environment and supervisor support on the employees’ decision to attend work despite being ill or not feeling well, a practice known as presenteeism. Presenteeism has important consequences on organisational performance and individuals’ wellbeing. Moreover, previous scientific literature has shown that employees who report to work frequently while sick are significantly more absent in the following 18 months and event three years later. The practice of presenteeism can also damage the quality of the service provided.

“The key contribution of this study is that it provides evidences about the contextual influence of the phenomenon, as presenteeism is not an individual behaviour, but a climate organisational behaviour and this could be managed by organisations policies and practices”, the UB Business School researcher explained.

This study led by Dr. Mercè Mach focused on physicians, nurses, and other staff working in a private hospital in Lebanon, although the findings could also apply to work environments with a high degree of presenteeism. In fact, presenteeism is more prevalent in the healthcare and educational sectors. Hospital managers in particular are more prone to develop climates of presenteeism, where pressure to go to work despite being ill is very encouraged, even if presenteeism among hospital staff may affect the quality of healthcare provided, the quality of the work itself, and the long-term health of the incumbents.

“Presentism is important from the perspective of the employees, since their practice could aggravate the existing medical conditions of the employee, damage their quality of work life and give the impression of lack of effectiveness in the work. Presentism is important from the point of view of the employer, given the costs of declining productivity”, Dr. Mercè Mach warned. The UB Business School researcher went on to say that: “Some studies estimate the cost of presenteeism higher than absenteeism”.

“Presentism is a little-known stage between absenteeism and full participation in work settings. Furthermore, the predictive elements of presenteeism and absenteeism are not usually identical”, Dr. Mercè Mach explained. “In the popular press, most approaches to presenteeism focus on the potential for contagion of diseases in the workplace. In the specialised scientific literature, however, attention has focused on the predominance of presenteeism, its causes and, above all, the measurement of the loss of productivity that is considered to accompany the phenomenon”, she added.

The authors of the article recommend the creation of working environments that decrease presenteeism among their employees, such as active rest programmes or aerobic physical activity. The researchers also warn against climates where employees perceive low supervisor support, which also encourage presenteeism attendance behaviours.

Supervisor support plays an important role in promoting task autonomy and thus allowing employees increase their perception of empowerment to manage their actions at work. Accordingly, managers should ensure that employees understand their duties and have an up-to-date, clearly defined job-description, so that they can meet their organisations’ goals.

This study fills an existing research gap, as it provides explanations regarding why presenteeism occurs and whether people who go to work while ill may experience contextual pressure or self-serving motives. Different physical and social factors that influence the nature of work force employees to be present at work even if suffering from physical or psychological conditions. The sense of obligation to attend work regardless of their medical conditions depends precisely on the context in which this attendance episode occurs.