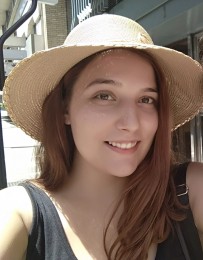 Education
2017-2018 MSc. in Research in Behaviour and Cognition. Universitat de Barcelona.
2013-2017 BSc. in Psychology. Universitat de Barcelona.
Research Interests
My current research is centered around the effects of self-generation on the episodic structure of the memory representation of sounds. The main objective is to test the hypothesis that actions may structure the encoding of events in memory, generating separate stores for self-referenced and externally referenced events.