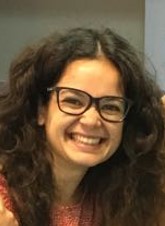 Teresa Ribas Prats is a PhD student interested in characterizing the neural encoding of complex sounds during the first days of life in the healthy population and in babies born with an unexpected weight for their gestational age. Since the sensitivity of the auditory system to the state of the fetal environment is known, Teresa analyzes whether abnormal intrauterine nutrition could negatively affect the functionality of the auditory system in the encoding of speech sounds during the neonatal period through FFR recordings in the two phenotypes that represent both ends of the birth weight continuum: those affected by fetal growth restriction (FGR) or small-for-gestational age (SGA) and those classified as large-for-gestational age (LGA).