Archaeological contextualisation and archaeometric characterisation of ceramics from ancient Bactria and Central Asia in general. 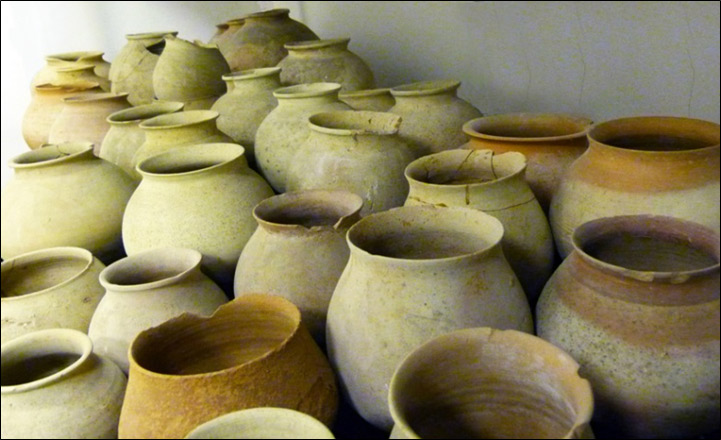 Since 2006, the ERAAUB team has become the main specialised international group in the study of pottery wares produced and used in ancient Bactria (Central Asia) using archaeological and archaeometric methodologies. The research has been funded by the main R+D+I projects HAR2008-01730/HIST of the Spanish Ministry of Science and Innovation (MICINN) led by Dr J.M. Gurt and, more recently, CAMOTECCER (HAR2012-32653) and CERAC (HAR2016- 75133-C3-1-P) funded by the Spanish Ministry of Economy and Competitiveness (MINECO) and directed by Dr V. Martínez.

The investigation focuses on the study of pottery production and trade through the archaeological contextualisation and the archaeometric characterisation of pottery sherds from several archaeological sites located in ancient Bactria (especially in the Surkhan Darya valley) dated from the Bronze Age to the Islamic period. The first aim is to create a typological-chronological corpus, non-existent so far, from well-dated pottery contexts through the archaeological (context data) and archaeometric data (absolute dating, formal definition, physical-chemical and petrographic characterisation). Second, the investigation is focused on the reconstruction of the technological processes of pottery manufacture (selection, procurement and processing of raw materials, modelling, surface treatments and firing), which are specific for each of the various socio-economic realities —sedentary and (semi-)nomadic groups— within the great historical-cultural entities documented in ancient Bactria —Oxus Bronze Age Cultural Complex or BMAC, Achaemenid Empire, Hellenistic-Seleucid, Greco-Bactrian, Kushan, Kushano-Sasanian, Islamic—. Third, by determining the compositional, technological and morphological patterns of the pottery vessels, the research aims to evaluate the processes of cultural interaction and technological and cultural transfer that took place in this space of contact and migrations. The research also provides interesting possibilities for assessing whether or not there were points of cultural connection between Mediterranean and Central Asian peoples, especially in key historical periods, such as the development of the Hellenistic Mediterranean culture in Central Asia after the conquest of Alexander the Great, its survival after the territory’s occupation by the nomadic tribes Saka and Yuezhi, which led to the founding of the Kushan Empire, in parallel to the Roman Empire, and the expansion of Buddhism, while Islam penetrated in the West and the East in the late 7th and early 8th centuries AD. The research has been mainly devoted to:

The archaeological research performed since 2006 in the city of ancient Termez (southern Uzbekistan) has paid special attention to the contexts from which ceramics are collected; they have been accurately examined and dated through the study of the stratigraphic sequence and a systematic program of 14C analyses. This has allowed proposing well-founded chronological attribution of the pottery assemblages identified during the archaeological excavations. A morphological examination has been also carried out on the contextualised ceramics from the site of ancient Termez, attributed to different periods. The measurable features (e.g., size, rim diameter, capacity, etc.) of the pottery wares, the distinctive characteristics of their form or their properties have been described and compared. Based on these data, a first morphological classification was created, which comprises four main hierarchical levels. All the wares examined have been sorted following a numerical order, which corresponds to (1) category, relating to the use or functional purpose, (2) shape, (3) prototype and (4) type. This classification allowed the creation of three main chrono-typological seriations related to the tableware in Greek tradition from the Seleucid/Greco-Bactrian periods, all the pottery categories from the Kushan and the Kushano-Sasanian periods (), and a preliminary corpus of unglazed and glazed wares from the Islamic period (Gurt et al., 2015; Martínez et al., 2016, 2019a, 2019b). Besides classifying the pottery vessels and establishing comparisons with other nearby settlements, the variations existing within the same form group were accurately detected, allowing the identification of the formal evolution and giving insights into the functional specialization. The surface treatments and the decorative motifs have been also described and the data has been incorporated into the typological database. Furthermore, the macroscopic characteristics have been described through the examination of the vessels under the micro-stereoscope (Olympus SZ61).

Hence, wheel-thrown tableware and hand-made pots were produced and used during the Bronze Age in ancient Bactria (Figs. 6 and 7). The tableware related to the Hellenistic tradition (late 4th to mid-2nd centuries BC) mainly corresponds to vessels used for serving, drinking and eating, including those wares required in symposia (craters, cups, bowls and plates). They usually appear slipped (black and reddish coatings) and some of them exhibit incised decoration, stamped palms and applied ornaments (Figs. 8, 9). Instead, the tableware and common wares used by the Saka and Yuezhi nomadic populations (mid-2nd century BC to 1st century AD) display a varied repertoire that significantly diverges from earlier vessels. Wares with oxidised pastes were commonly slipped while greyish pastes became predominant in most of the sites where nomads settled. The ceramics from the stratigraphic sequences of the Kushan and Kushano-Sasanian periods mainly consist of wheel-thrown tableware (cups, bowls, dishes, platters, jugs), usually covered with red or orange slips (Fig. 10). Some wares also present simple or comb incisions (waves on the edge), impressions on the fresh paste made in various ways before applying the slip, burnishing over the reddish slip. Common wares comprise unslipped basins and containers or large storage jars (pithoi). Cooking pots have been divided into several morphological and technological prototypes, although they can be grouped according to their pastes: calcareous shell-tempered fabrics and low calcareous, crystalline fabrics. Regarding the Islamic pottery (mainly between 9th to 17th centuries AD), it consists of glazed and unglazed vessels (Fig. 11). The former class includes bowls and dishes belonging to green and turquoise monochrome wares, slip-painted and underglaze painted wares, splashed sgraffiato ware, and white opaque glazed wares, some of them with lustre painted decoration. The unglazed class comprises moulded relief decorated pilgrim flasks and the pottery moulds used in their manufacture, as well as jugs, lids and basins, some of them showing high quality applied, incised or cut pierced decoration.

To date the team has collected a huge amount of archaeological and archaeometric data related to pottery mainly recovered in Bactria, but also from neighbouring regions; these data have been entered and organized in a relational database. The data have been obtained through the in-depth and exhaustive study of more than 850 ceramics and clays from 21 archaeological sites located in the Surkhan Darya valley (southern Uzbekistan) dating from the Bronze Age to the Islamic period:

Sampling has been supported by the excavations carried out by the IPAEB team as well as by other national and international researchers working in the area. The archaeometric characterisation of ceramics carried out so far consists of chemical (X-ray Fluorescence, WD-XRF), mineralogical (X-ray Diffraction, XRD) and petrographic (thin-section optical microscopy) analyses of pottery sherds as well as local raw materials (clayey sediments and rock fragments) used as reference elemental patterns. These methods allow identifying the provenance areas of the vessels and the technological processes involved in the pottery manufacture (raw materials procurement and processing, forming, and firing). The scanning electron microscope (SEM) is also used to evaluate secondary alterations in the pottery pastes due to weathering processes (the crystallisation of secondary carbonates, salts and gypsum) occurring in specific conditions during their deposition in the archaeological contexts in semiarid or arid environments. Since these alterations involve changes in the chemical and mineralogical composition of the pottery shards, weathering processes must be properly identified and controlled when provenance studies are performed. Provenance is further investigated through the chemical, mineralogical and petrographic analysis of raw materials.

The surface treatments of the vessels (smoothing, polishing, slip, glaze, etc.) and the composition of the pigments covering the pottery is being investigated through scanning electron microscopy equipped with an energy dispersive X-ray spectrometer (SEM-EDS). To date, the slips of number of pottery wares dated to the Hellenistic, Greco-Bactrian, Yuezhi, Kushan and Kushano-Sasanian periods have been analysed and compared in collaboration with Dr A. Hein and Dr V. Kilikoglou from the Institute of Nanoscience and Nanotechnology ‘N.C.S.R. Demokritos’ at Athens (Greece). Regarding the glazes of the Islamic wares produced and used at Termez, their characterisation (composition and techniques) is being performed in collaboration with two relevant specialists, Dr T. Pradell from the Group of Characterisation of Materials at the Universitat Politècnica de Catalunya (UPC) and J. Molera from the Research group on Mechatronics and Modelling applied to Technology of Materials at the Universitat de Vic (UVIC).

The archaeological and archaeometric research on pottery artefacts can be considered among the fewest and most up-to-date concerning the ceramic artefacts from ancient Bactria and Central Asia in general and it appears to be essential for the proper development of the archaeological studies and the adequate progress of the historical discipline in Central Asia (Gurt et al., 2015; Martínez et al., 2016, 2018, 2019a, 2019b, in press; Tsantini et al., 2016; Molera et al., 2020; Fusaro et al., in press). 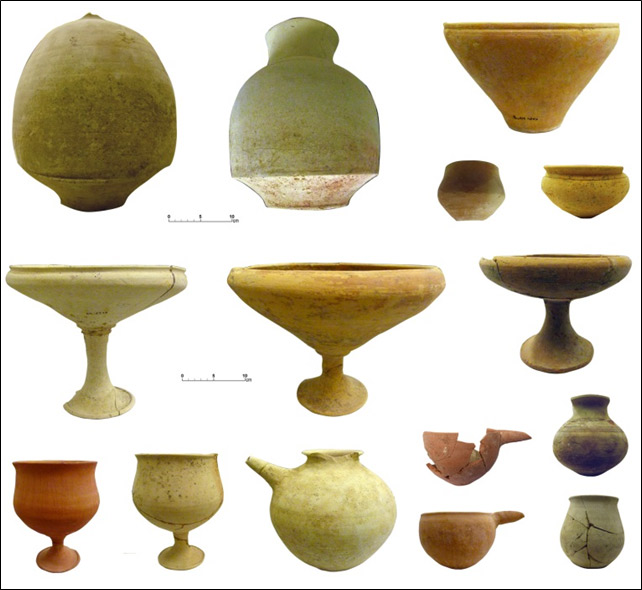 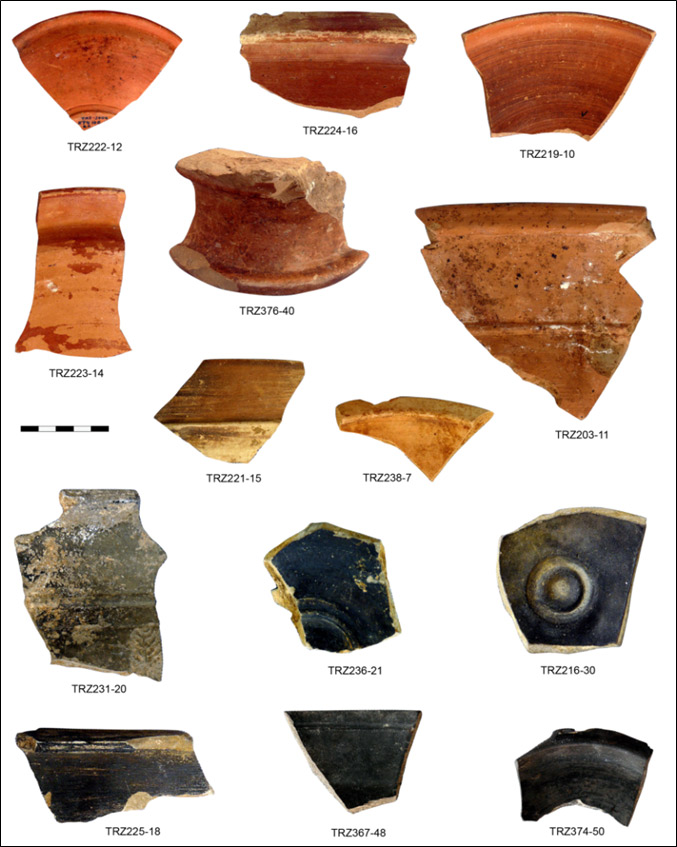 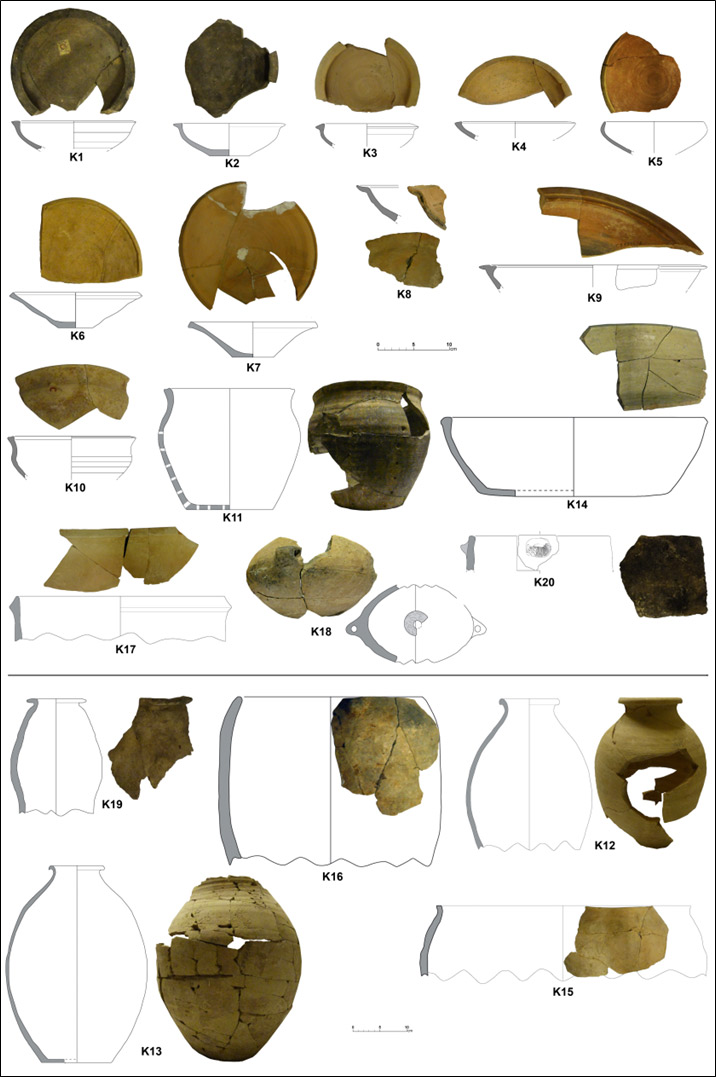 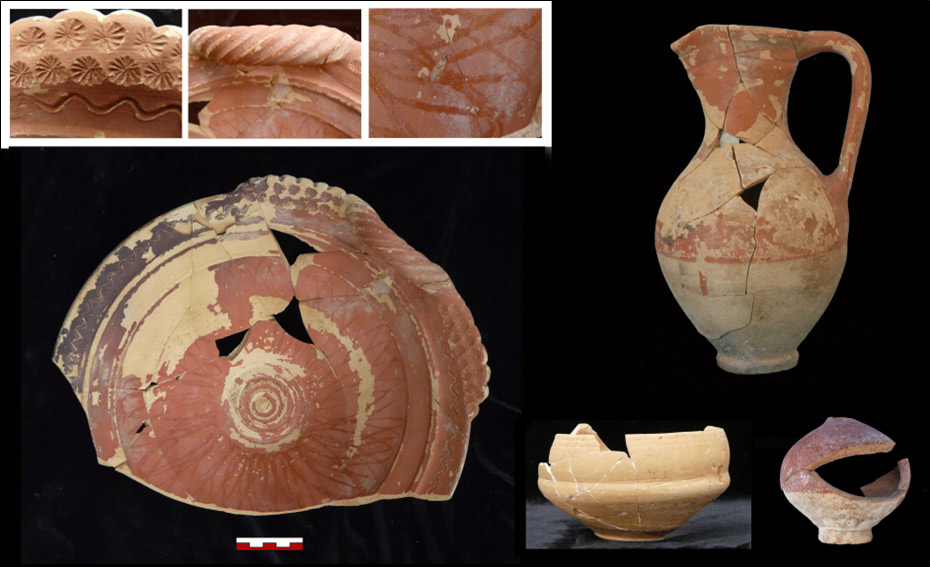