Ceramic Typologies and Archaeometry in southern Albania and Greece 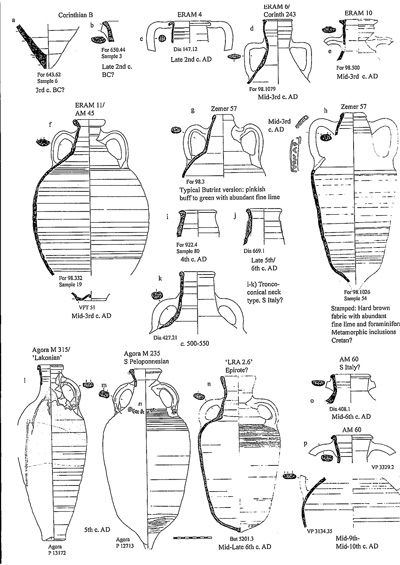 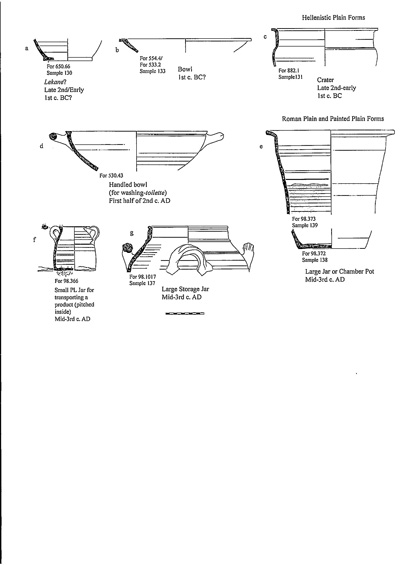 As a consequence of 20 years of research on the ceramic repertoire of Butrint (Albania), formerly part of Greek Epirus, and extension of this line of enquiry into present-day Greek Epirus (Thesprotia, Nicopolis) and, more recently, into the northern Peloponnese (Patras and Corinth-Lechaion), Paul Reynold’s research has focused on the definition of regional ceramic typologies, the publishing of key ceramic contexts and the investigation of ceramic connections across the region. Problems in the separation, characterisation and sourcing of macroscopically indistinguishable fine buff Roman table wares (sigillatas), amphorae and plain wares (Apulian, Corfiote, Epirote, Peloponnesian; Cretan?) have been successfully tackled through tactical archaeometrical analyses (petrology and chemical), work carried out in collaboration with Leandro Fantuzzi (ERAAUB) and Eva Tsantini (ERAAUB), kindly funded by a Butrint Foundation grant (BF 15/11. Archaeometrical analysis of Butrint classical pottery).

The first results of the thin-section petrological analyses have now been published, together with a typological summary, in the volume dedicated to the 1st to 7th century pottery contexts and sequences excavated on the Vrina Plain (Butrint) (Reynolds 2020; Fantuzzi 2020). The volume offers a discussion of the sources of not only the 1st to 3rd century AD buff amphora forms (ERAM 1-11: for these, various Epirote origins are indicated) but also of likely Peloponnesian amphorae of the 4th to 6th centuries, small versions of LRA 2 (or, perhaps more likely, derivatives of the Peloponnesian amphora Agora M 235/Remolà Tipo Tardío A) probably also produced in Epirus, as well as a wide range of imported amphorae and cooking wares from southern Italy and the Aegean. The chemical analyses of over 100 of these problematical amphorae and plain wares from Butrint were presented at the EMAC Barcelona conference in September 2019 and will be submitted for publication in 2021.

Paul Reynolds’ co-direction (with Ioannis Iliopoulos, University of Patras-ERAAUB) of Nikoula Kougia’s PhD on the archaeometrical-typological study of ceramic production in the Augustan colony of Patras has already begun to bear fruit, with the typological definition and sampling of grey and red slipped fine wares, as well as buff plain wares, that are most probably products of over 50 early Roman kiln sites in the city. The difficulty of distinguishing the 1st century BC to mid-1st century AD grey fine wares of the Po Valley from those of Apulia (i.e. Douwe Yntema’s ‘Apulian Grey Gloss Ware’) and these possible Patras products requires comparative chemical analyses. In the next phase of the work samples of these fine ware classes from Butrint will be compared with those from Patras. Typical, often thinly-potted Hellenistic black glaze products from the excavations in the Forum in Butrint also need to be added to the analyses to enable their chemical definition and comparison with the Roman products. Similar vessels, surely the same ware(s), excavated in nearby Phoinike were said to have been produced there on the basis of local clay analyses. What also of the copies of Eastern Sigillata forms, with Greek name stamps, probably produced in Kassope up to c. 50 BC, just north of Nicopolis (Gravani 2004)? How do they relate to the evolution of table ware production in Epirus following the foundation of Nicopolis after Actium?

In the case of the red sigillatas of the 1st to 3rd century, it is hoped to add to the Patras-Butrint core data samples of what may be identical products from Nicopolis, the Villa Donatos (Thesprotia) (Reynolds and Ikäheimo 2019), Lechaion, Gortyna (Crete) and Brindisi (de Mitri 2013). The theory to test is that these were the products of Patras (or a single centre) and their wide distribution from Apulia to Crete via Epirus (and surely also Corfu) would be key evidence for an important shipping route connecting these Roman provinces.

Reynolds, P. and Ikäheimo, J. 2019. ‘Late Hellenistic and Roman Pottery from the Tower Deposits of Agios Donatos’, in B. Försén (ed.), Thesprotia Expedition IV, Papers and Monographs of the Finnish Institute at Athens 24, Helsinki: 317-386.